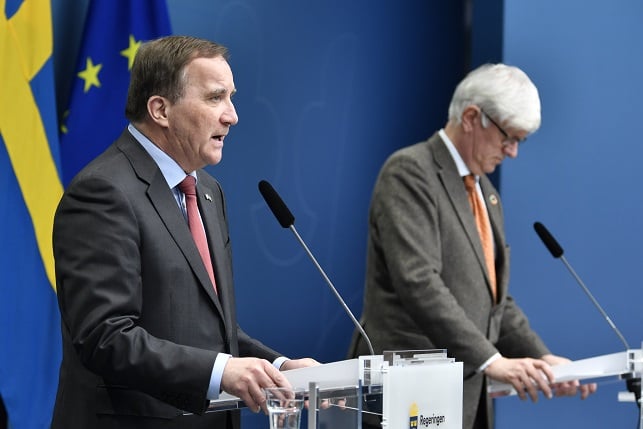 “We need the spread of infection to fall significantly, and we need to reduce pressure on the healthcare sector,” said Löfven, warning that once again people in Sweden needed to accept “a limited, unusual Easter” without meeting people outside their close circles.

The extensions come after dozens of Swedish hospitals had to deny staff leave over Easter due to the pandemic, with sharp rises in both the incidence rate (number of new cases per capita) and ICU admissions of Covid-19 patients.

It means that municipalities and regions are asked to keep non-essential public places closed until at least April 18th. This includes for example municipally run swimming pools, gyms and museums.

As well as that, restrictions relating to restaurants, pubs and cafes, as well as shops, gyms, and museums, will be extended. That includes the following:

These rules were originally set to expire on April 11th, and will now instead continue to apply until at least May 3rd.

Health Minister Lena Hallengren noted: “There will come a time when we can stand here and tell you about relaxation of restrictions. Unfortunately, it’s not today […] the more closely that people follow the rules, the sooner new [relaxed] rules can be introduced.”

She said the government had accepted the Public Health Agency’s request to postpone a planned easing of restrictions on museums, theatres and theme parks. This would have allowed venues like theatres to allow up to 50 visitors at events with designated seating and distancing requirements, and theme parks and amusement parks to open, and was set to come into force on April 11th.

As The Local has previously reported, the Public Health Agency has now suggested May 3rd as a preliminary date for these relaxations to be introduced, but this is dependent on the epidemiological situation.

“I know that many people are incredibly tired, but this is far from over,” said the agency’s director Johan Carlson.

“The risk of infection is still high in the private sphere. Because of that, we need to reduce our contacts even more than we are doing today.”