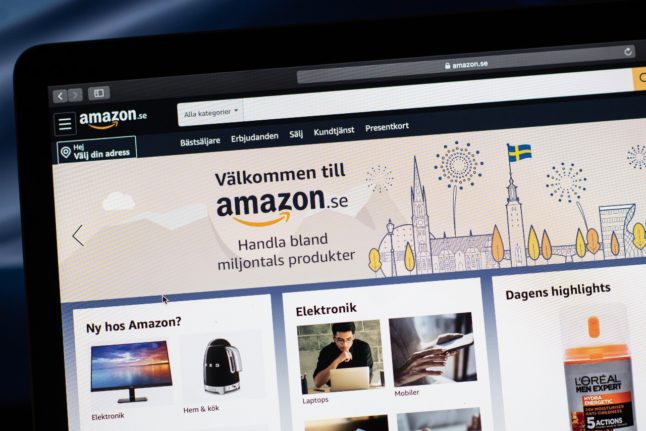 Amazon has been quiet since launching in October. Photo: TT

Ahead of Amazon’s launch, many had speculated that the company’s arrival would increase competition in e-commerce in Sweden, leading to shrinking margins, lower prices for consumers, and new opportunities for smaller internet retailers.

But ever since, there’s been little heard about Amazon. According to an analysis of Google searches in Sweden, interest in Amazon was at its greatest on the day of the launch, and has since ebbed away.

According to the price comparison site Pricerunner, it’s hard to see that the company’s launch has led to lower prices at all.

“It’s had no impact at all,” the company’s chief executive Niklas Storåkers told Sweden’s TT newswire. “If we look at the prices of the most popular products in Sweden, they’ve only won a very marginal share, and don’t have sufficiently good prices to make people want to shop with them.”

The Swedish online book retailer Bokus, has also yet to notice a significant impact from Amazon’s launch.

“Sweden is different from the other markets Amazon has entered. Here, the online book market already overtook the physical market as the biggest sales channel in 2012,” the company’s chief executive Maria Edsman told TT. “But we are following them, just as we do our other competitors.”

The clothes retailer Ellos, one of the biggest names that had agreed to use Amazon as a channel ahead of the launch, did not comment on how many additional sales it had won.

“We see that it’s possible to reach more new customers through selling on Amazon,” the company’s head of business development Alexandra Dornerus said in a statement to TT. “Selling on other platforms is part of Ellos Group’s strategy for increased growth.”

John Davidson, chief economist for the retail industry trade body Svensk Handel, said that he nonetheless saw growing interest in selling through Amazon among his members, predicting that the US retailer would slowly but surely become a significant force in Sweden.

“The Swedish market is already mature and the level of competition is high, with thin margins and low profitability,” he said. “That makes it hard to see how Amazon will rapidly take a very large market share.

“But I’m in the camp that believes that Amazon will in the long-term be a powerful and challenging competitor, simply on account of its size and its ability to press down a little more on prices that are already low.”

Anna Nordlander, a consultant and Amazon expert, warned against giving too much emphasis to what she called the company’s “shockingly bad launch”.

“The launch in Sweden followed the pretty normal pattern for how Amazon enters new countries. When they think they’re sufficiently good to offer something to the consumer, they just press ‘play’ and sort out the details afterwards,” she said.

According to Boston Consulting Group, Amazon was already offering 150 million products in Sweden by the turn of the year.

“We are already used to quick and free deliveries in Sweden, what we aren’t used to is the concept of an ‘everything store’,” Nordlander said.

Carl Helgesson, chief executive of Rankona Mazon, which helps retailers sell on Amazon, said he expected the company to develop rapidly in Sweden this year.

“We’re going to see a more complete product over the year, and if you look at the long term, Amazon is going to take a strong position in Sweden, that’s something I’m completely convinced about,” he said.