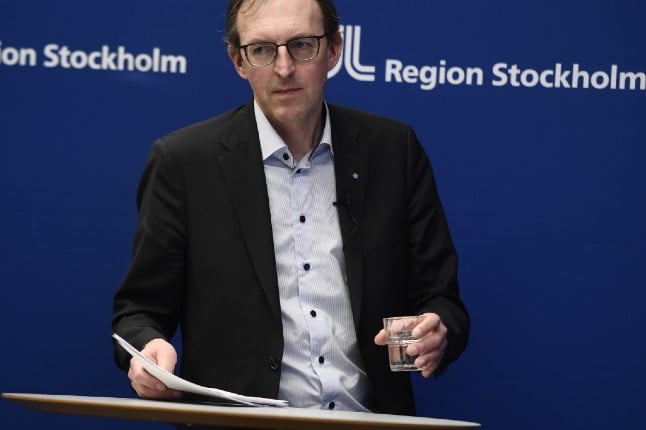 “We can and we will start to vaccinate as soon as we have sufficient doses of the vaccine,” he said. “We will now vaccinate as quickly, as safely and as efficiently as possible.”

But he warned that this timeline will only be met if the Public Health Agency of Sweden begins to share vaccines between regions based on the size of the population of 18-59 year-olds, a shift it has said it intends to make later this month.

“As it is now, our share of the vaccine is based on how many people we have over the age of 65, which means we receive significantly fewer doses in relation to our population,” Thyberg said.

Switching to measuring doses by the population of 18 to 59-year-olds would increase Stockholm’s share from 18 percent of doses delivered to Sweden to 24 percent.

“That’s an extremely big difference and we need to see that shift in deliveries soon,” he said.

On Friday, the region announced that it was opening five new vaccination centres, to help with phase 2, when those born before 1951 will be vaccinated. The centres will be in Haninge, Johanneshov, Norrtälje, Kista and Odenplan and will be operated by different private suppliers.

By April 4th, Stockholm had succeeded in using just 309,617 doses of the 419,700 that have been delivered to it, putting it among the worst performers among the regions, something Aida Hadzialic from the Social Democrats has blamed on how many of the region’s primary care centres are run by private companies.

The region recently revealed in a press release that 6,600 vaccination appointment times it had offered for vaccination had yet to be booked up, something critics have blamed on the decision to use an online system which many over-70s struggle to understand.