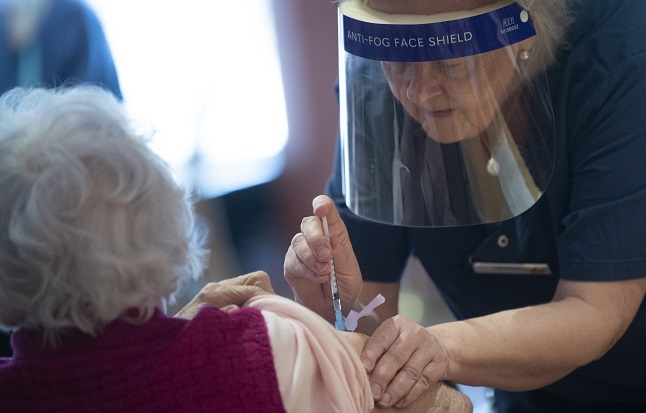 People who have been vaccinated may slightly expand their social circles but should still follow most national recommendations. Photo: Fredrik Sandberg/TT

Health Minister Lena Hallengren announced the measures at a press conference on Friday.

The new guidelines apply to people who have received at least one dose of the vaccine, but only if it has been at least three weeks since the first dose. All vaccines currently being used in Sweden require two doses, and even though protection against severe illness is judged to be relatively high three weeks after the first dose, it is important that people still get their second dose.

“If someone has been vaccinated with a first dose, they can meet people from other households indoors. Now it is OK to hug your grandchildren again, but be attentive to symptoms,” said Hallengren.

Sweden does not have any law covering how many people or households can meet privately, but the national recommendation is to have close contact (being nearer than two metres) only with your closest circle, in other words the people you live with or a small number of other close friends or family. You are not supposed to be part of more than one “close circle”, and if you need to meet other people outside this bubble, it should be done outdoors if possible while keeping a distance from each other.

Even vaccinated people will not be able to socialise in large groups, but the change in guidelines is intended to allow them to expand their circle slightly while limiting it to “small groups and controlled relationships”, according to the head of the Public Health Agency, Johan Carlson.

He referred to previously suggested limits of eight people as an absolute maximum, even for people who have received the vaccine.

“We have said previously that you should limit social contacts to a small number of people. It might be a daughter, a spouse. Now [if you have been vaccinated] you can socialise with another family, or with several of your children and their families. You should not exceed the number of how many can meet at the same time, but you can have a more free life,” said Carlson. “We have spoken about a limit of eight people and outdoors if possible. It’s a question of an older person being able to meet both their son’s family and their daughter’s family.”

“Many regions say that you shouldn’t meet anyone at the moment, and that applies for this group [vaccinated people] too,” he added. Uppsala region has told residents to avoid meeting anyone other than the people they live with, while several regions have reiterated the national guideline to meet only your closest circle.

Carlson explained that the severity of the third wave in Sweden – which has pushed ICUs to capacity in some regions – meant any easing of restrictions had to happen gradually.

The change in guidelines will be particularly important to those aged over 70, who lived under stricter recommendations than the rest of the public for most of 2020.

Until late October, this group were told to avoid all close contact with people they didn’t live with, including avoiding going to shops, supermarkets or other public places. Visits to care homes were also banned by law, with a few exceptions such as for outdoor visits, between April and October.

Both Hallengren and Carlson emphasised that other national recommendations remain in place for vaccinated people, such as working from home if possible, and avoiding being in busy indoor environments, for example carrying out visits to the shops alone outside busy periods and for as brief a time as possible.

“Crowding contributes to the spread of infection. Vaccination doesn’t mean a 100 percent guarantee of not spreading illness,” said Hallengren.

Asked about the risk of creating a two-tier society, Hallengren said: “I’m not going to say that that isn’t a risk, but rather that it is important that those who are vaccinated understand what vaccination involves. It clearly makes a difference whether you are vaccinated or not.”

Sweden’s vaccination programme, beginning with the most vulnerable groups, has helped to bring the daily number of deaths from Covid-19 down. But at the same time, the extremely high spread of infection, with 764 new cases reported per 100,000 residents over the past few weeks, has led to more people getting sick with the overall result that the daily number of deaths has plateaued rather than falling steadily. 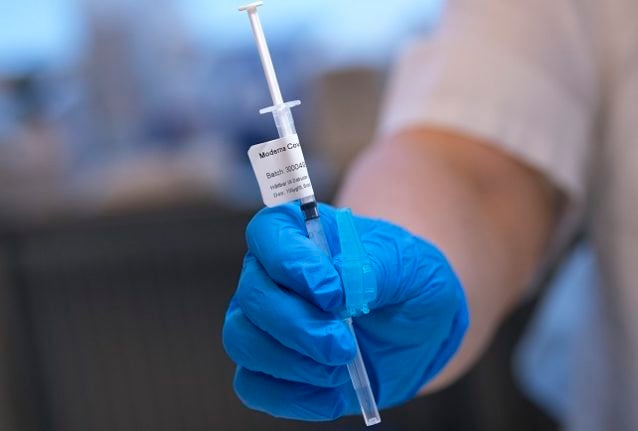 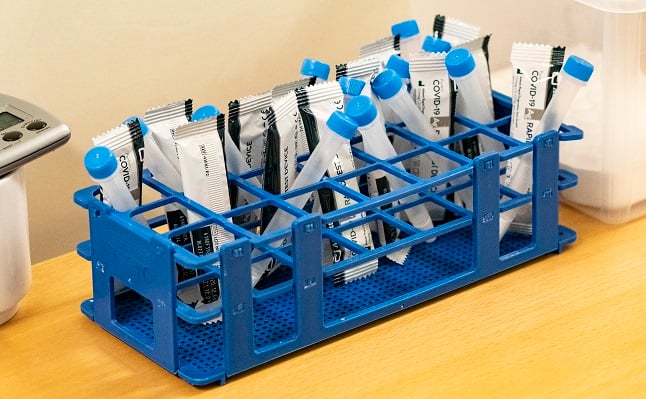 COVID-19
Coronavirus in Sweden: Find out the infection rate in your local area
Url copied to clipboard!