In contrast to the monarch’s 70th birthday when people lined the streets of Stockholm to fete him, the Swedish Royal Court said celebrations would be “limited” because of the pandemic.

Instead of playing host to royals from other countries, smaller receptions were planned for the the morning with Prime Minister Stefan Lofven and other senior politicians, and one with representatives from the Swedish military in the afternoon.

His birthday comes after his first appearance on a podcast this week, in which he spoke about how he enjoyed his position, even if the stress of being in the public eye was sometimes difficult.

“It is very tough, it’s draining in my opinion. But I’m not the only one. Any leader, of a company or politician, who shoulders responsibility, ought to feel the same,” the king said. Six aircraft in formation over the Royal Palace in Stockholm. Photo: Janerik Henriksson/TT

Born on April 30, 1946, Carl Gustaf Folke Hubertus Bernadotte was only nine months old when his father, Prince Gustaf Adolf, was killed in a plane crash in Denmark.

He assumed the throne in 1973 following the death of his grandfather, the long-reigning Gustaf VI Adolf.

The King for many years struggled to shed his image as a car-mad playboy after being thrust onto the throne at age 27, making him at the time the youngest monarch in the world. In December, the King – who has largely ceremonial powers and does not typically comment on political issues – stoked controversy by saying that Sweden had “failed” to save lives during the pandemic. 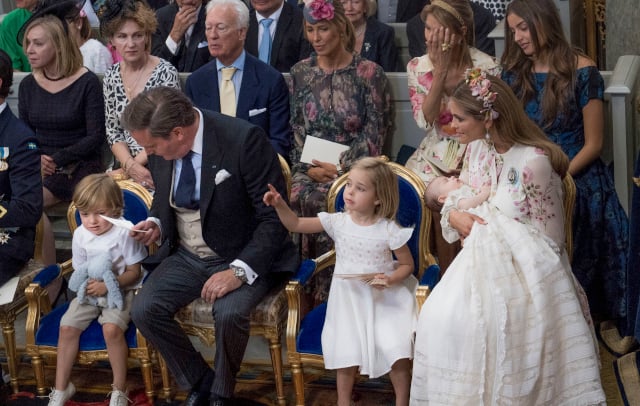