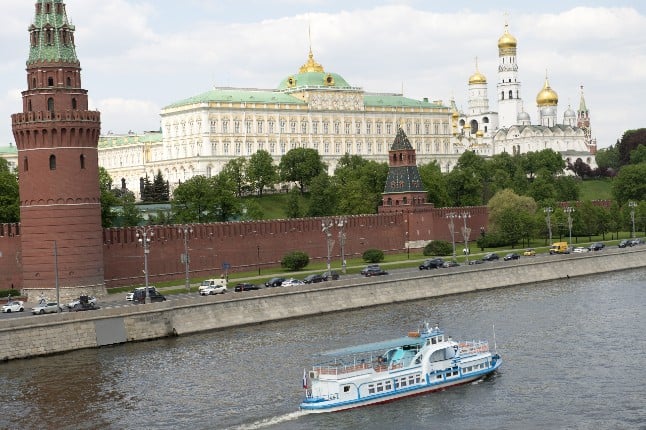 The Kremlin, the seat of Russia's government, in Moscow. Photo: Fredrik Sandberg/TT

The announcement came a day after Moscow barred eight EU officials from entering Russia — itself a retaliation to European Council sanctions over the jailing of Kremlin critic Alexei Navalny and a violent police response to protests in his support.

Swedish foreign ministry spokesman Mats Samuelsson told AFP that the Russian ambassador was being summoned “to express our protests regarding the Russian measures”.

“Unlike the EU sanctions… Russia’s sanctions are arbitrary, legally unclear and are the expression of political motives,” the ministry said.

Among those barred from Russia was Asa Scott, the head of a laboratory specialising in toxic substances of the Swedish Defence Research Agency (FOI) who helped confirm that Navalny was poisoned by the Soviet-era Novichok nerve toxin last year.

The FOI’s director-general Jens Mattsson said that “it is completely unacceptable that Russia is imposing unfounded sanctions against a researcher doing her job”.

“The sanction will not influence the work of the institute,” Mattsson said in a statement.

The EU on Friday blasted the Russian action as “unacceptable” and said it “reserves the right to take appropriate measures in response”.

Sweden said it “regretted that Russia has chosen to further deteriorate its relations with the EU”.

“We take the deteriorating situation of democracy, human rights and the rule of law in Russia very seriously,” the foreign ministry said.