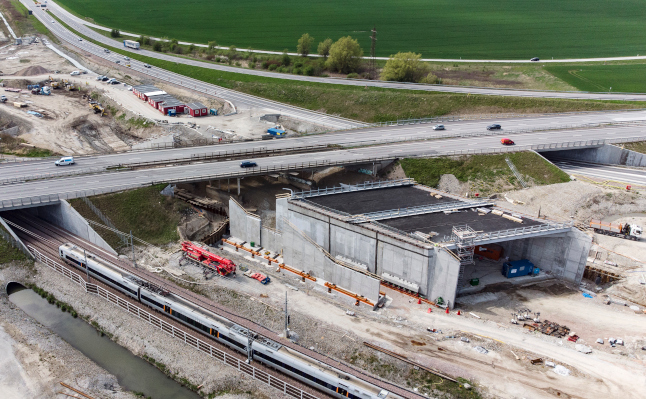 55,000 vehicles will have to be redirected every day as the busy motorway north of Malmö is closed. Photo: Johan Nilsson/TT

In Skåne, southern Sweden, fewer people aged over 65 have been vaccinated in areas with lower levels of education and income, for example Rosengård and Fosie in Malmö, reports Swedish public radio broadcaster Sveriges Radio Ekot.

Västra Götaland, home to Gothenburg, does not have complete data, but Stockholm’s figures are similar to Skåne: 85 percent of the over-65 population in the relatively well-off suburb Bromma have been vaccinated compared to 67 percent in Rinkeby/Kista.

The number of foreign-born workers in Sweden increased from 16 to almost 30 percent of Sweden’s workforce between 2006 and 2020, but the same rise has not been seen in trade union membership, according to work environment magazine Du & Jobbet.

In 2006, 77 percent of both foreign and Swedish-born workers were members of a union, but last year the corresponding figures were 52 and 62 percent, respectively.

“Many come from countries outside of Europe and have limited knowledge about unions and collective bargaining agreements. Many have been employed by industries with generally low levels of union affiliation, for example restaurants, cleaning or taxis. They are overrepresented among those with time-limited jobs,” Anders Kjellberg, sociology professor at Lund University, told Du & Jobbet.

Should foreign workers in Sweden join a union? https://t.co/OeheUyzXPn

The Swedish Transport Administration has allocated 45.3 million kronor in investment support to set up 39 new fast-charging stations for electric cars in northern Sweden.

There are more than 12,000 public charging stations for electric cars in Sweden, and around 600 fast-charging stations, writes the Transport Administration in a press release.

Covid vaccinations open to over-50s in Stockholm and Gothenburg

Covid-19 vaccinations opened to over-50s in Stockholm and the Västra Götaland region on Monday.

In Stockholm, you can either book a time by downloading the app Alltid Öppet, or by calling the booking phone number. The number to book in English is 08 428 429 20, which is available between 8am and 7pm on weekdays. Find out information about booking times in other languages from 1177.se.

To book via the app you need an online ID, in other words BankID or Freya e-id. That isn’t necessary for the phone booking service, but you do need a Swedish personal number (personnummer) for that. If you do not have a personnummer, the region advises you to contact your doctor’s office directly.

In Västra Götaland, you can find your local vaccination centre on the 1177.se website, and either book a time online or call the centre directly. The region warns that not all vaccination centres have opened to over-50s, so check what applies to your centre.

Here is the latest information on who is eligible for the Covid-19 vaccine, and how to book it, in each of Sweden's 21 regions. https://t.co/vfKJYy7Vr3

The busy E6 motorway north of Malmö will be closed in both directions between May 13th and 30th at Alnarp. Drivers should be prepared for longer journeys as they’re redirected past the construction site, where the railway between Malmö and Lund is being widened.