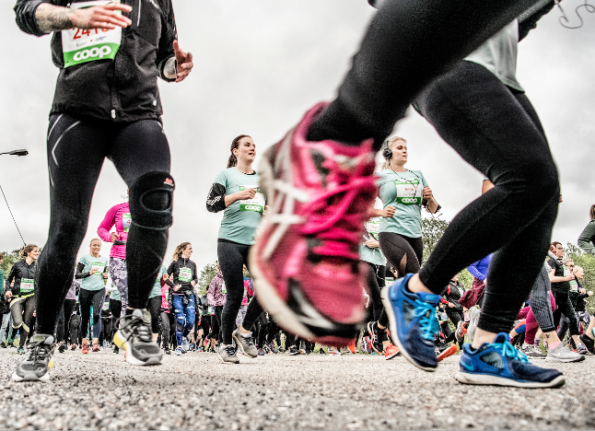 Runners take part in a competition in May 2019. Photo: Tomas Oneborg/SvD/TT

Sweden’s government on Wednesday delayed a planned relaxation of restrictions for the third time running, arguing that the infection level had been falling too slowly to safely to lift controls. Together with the announcement, the Public Health Agency released a proposal to a staged reopening which will see all restrictions lifted by September, building on the three-stage plan it first published in March.

When will the first relaxations take place under the plan?

The first relaxations in restrictions has been postponed by a further two (and a bit) weeks until June 1st, although like the previous two dates for lifting restrictions, this will depend on the level of infections at the time.

When will the last restrictions be lifted?

The agency predicts that by the beginning of autumn, the Covid-19 epidemic will largely have subsided, suggesting that it should be possible at some point in September to remove all restrictions which “limit the freedoms and rights of the individual”, as well as restrictions on businesses.

This could change, however, depending on how the virus spreads among those who remain unvaccinated, or if new variants of the virus emerge which are resistant to vaccines.

What will happen to the maximum allowed gathering?

In its updated relaxation plan, the agency refers to the chart below from the three-level reopening plan published in March, suggesting that it hopes to change the restrictions from Level 3 to Level 2, meaning that gatherings of 50 will be allowed indoors, with this rising to 300 people for seated indoor public events, to 600 for general outdoor events, to 3,000 for seated outdoor events, and to 900 to outdoor sports events such as marathons.

Will bars and restaurants be able to open late?

The agency also proposes that from June 1st, restaurants, bars and pubs will be able to open until 10.30pm, two hours later than the current closing time of 8.30pm. It is also extending the 500-person maximum for restaurants until May 31st, indicating that if infections are sufficiently low at the end of May, this too may be removed.

How will restrictions change at shopping centres?

The 500-person maximum for gyms, sports facilities, museums, art galleries, and other similar institutions has been extended to May 31st, indicating that if infection levels are sufficiently under control in the last week of May, this limit may go.

What about amusement parks, fairs and marathons?

From June 1st, the agency hopes that big city amusement parks such as Liseberg in Gothenburg and Gröna Lund in Stockholm will be able to reopen, as will fairs and marathons.

How low will infections have to be at the end of May for restrictions to be lifted?

In the more detailed description of Sweden’s reopening process published on Wednesday, the agency provides detailed criteria for what constitutes Level 2, and how, presumably, the infection situation will have to look for the hoped-for lifting of restrictions to take place.

Here are the criteria:

How does that compare with the situation now?

On Wednesday, this was the situation in Sweden: