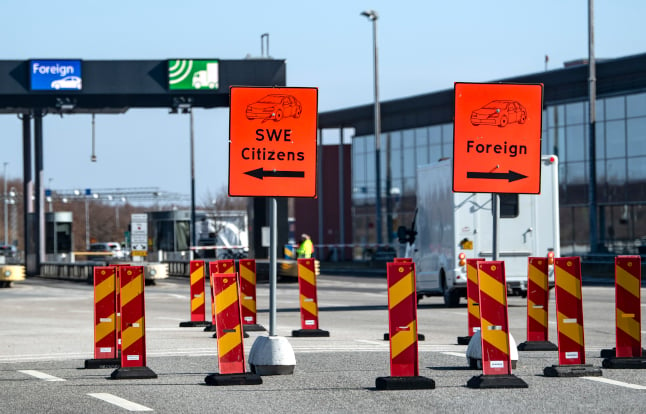 From May 31st, it will be possible to travel to Sweden from Denmark, Finland, Norway and Iceland without having to show a negative Covid-19 test on the border, Home Affairs Minister Mikael Damberg announced at a press conference on Friday afternoon.

But the test requirement for people from other EU and EEA countries was meanwhile extended until June 30th.

People from EU and EEA countries are currently allowed to travel to Sweden freely for any reason, as long as they can show a negative Covid test no older than 48 hours (some people are exempt from the test requirement, including foreign nationals who live in Sweden).

The entry ban on travellers from non-EU countries was extended to August 31st.

There are several exceptions to the non-EU entry ban as well, including Swedish or EU/EEA citizens, people who live in Sweden, or people travelling for certain purposes like urgent family reasons. People travelling from certain countries, decided at the EU level, are also exempt, including Australia, Israel, New Zealand, Rwanda, Singapore, South Korea, or Thailand. In addition to belonging to one of the exempted categories, people travelling from outside the EU also have to show a negative Covid test (unless they are exempt from this too).

Please note that proof of vaccination is not accepted as an alternative to a negative test, although that may change with the introduction of an EU-wide “green card” set to be introduced in late June. Sweden has not yet confirmed how it plans to use the vaccination card.

Under the current recommendations, even people who did not have to show a negative test to enter Sweden are urged to take a coronavirus test on the day of arrival and a second one five days later. People who took a test less than 48 hours before arriving in Sweden also need to take a second test five days after arriving. Returning travellers are also currently told to self-isolate for seven days on arrival.

But these guidelines will change on June 1st. After that, people travelling from the EU, EEA, Schengen, the UK and certain third countries will no longer be asked to self-isolate or get a second test on the fifth day, as long as they don’t show symptoms of Covid-19 infection.

The third countries are those to which the Swedish foreign ministry no longer recommends against non-essential travel, i.e. Australia, Israel, New Zealand, Rwanda, Singapore, South Korea and Thailand. Fully vaccinated and asymptomatic people will also be exempt from the Public Health Agency’s recommendation, regardless of where they travelled from.

Please note that the Public Health Agency’s test-and-isolate guidelines are separate from the Swedish government’s entry restrictions, which are legally enforced, so people travelling from these countries will still have to show a negative Covid-19 test on arrival as outlined above.