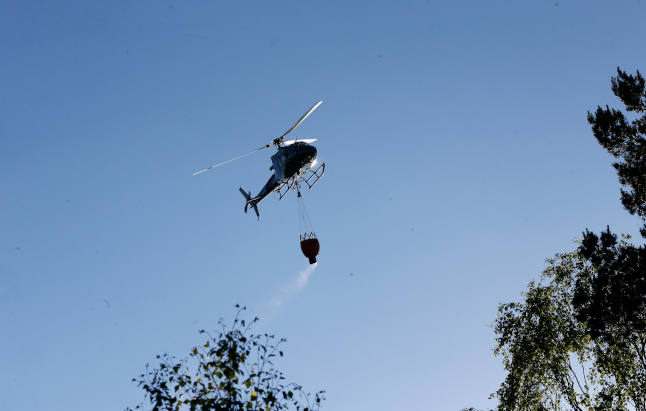 More people than normal quit Swedish for Immigrants (SFI) during the pandemic than previous years, according to the National Board of Education. Forty-seven percent of SFI students quit before finishing their course in 2020, compared to 41 percent in 2019. A total of 50,600 SFI modules were completed in 2020, of which 95 percent of students passed and 5 percent failed; the latter figure increased in 2018-2020.

National Board of Education expert Anna Castberg told Swedish public radio broadcaster Ekot that distance teaching during the pandemic had had a negative impact in particular on students with little or no previous education.

Fire crews worked through the night to put out a large forest fire near Mora in the central Dalarna region. At around midnight they were able to get a handle on the blaze, and ten firefighters kept working until Monday morning to stop it from flaring up again.

Two helicopters will be called in again at 7am to drop water on the area, and fire chiefs told Swedish news agency TT their crews expected to remain on site for the rest of the day.

In numbers: Delta variant on the increase in Värmland

As The Local has previously reported, the number of new Covid-19 cases in Sweden is falling, but the picture looks different depending on where you are in the country. TT reports that in the Värmland region, a total of 222 suspected and confirmed cases of the so-called delta variant – which was first identified in India – have so far been detected after a local outbreak.

That includes 39 confirmed cases and 183 reports of suspected cases. Last week the number of cases in the region doubled on the week before, with the increase especially pronounced among teenagers aged 13-19 and among adults aged 40-60, according to the region’s data.

Until Midsummer, new restrictions will be in effect, mainly relating to sports and leisure activities for young people with organisers asked to cancel tournaments, matches and cups.

Check and compare the spread of coronavirus in your part of Sweden using our table. https://t.co/LtYyPju3Px

Half of forest fires caused by human activity

Swedish fire and rescue services were called out to around 2,600 forest fires last year, according to new statistics released by the Swedish Civil Contingencies Agency (MSB). Almost half of them were caused by human activity. “It could be, for example, that you did not extinguish a fire properly, or that you lit a fire close to dry vegetation,” said an MSB expert in a statement.

The app Brandrisk ute informs you of the risk of forest fires, and regional websites usually report if there’s a ban on barbecues in the area. If you plan to light a fire, make sure you pick a safe spot (either a permanent barbecue or on gravel or sand), don’t light a fire if it’s windy, and make sure you have plenty of water available to put out the fire properly after you’re done.