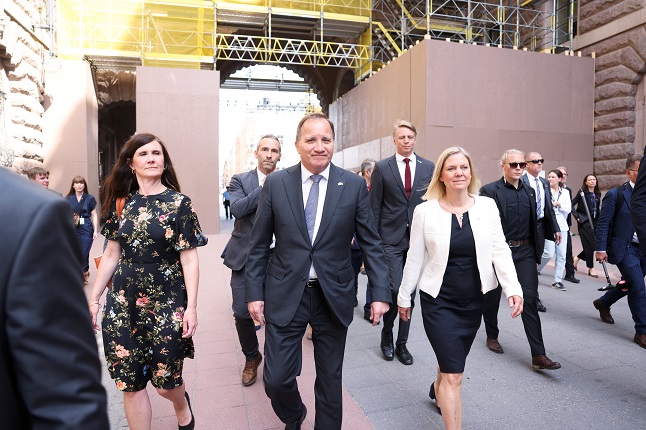 Löfven is the first Swedish Prime Minister to lose a vote of this kind.

The parties that voted against Löfven were the Left Party, Moderates, Christian Democrats and Sweden Democrats.

The Left Party fall on the opposite side of the political spectrum to the others, and have traditionally supported the Social Democrats but did not agree to recent proposals to change Swedish rental laws.

“What we are doing today, we do not do lightly. We have done everything we could to resolve the situation. But when no-one else wanted to contribute to a solution, we’ve ended up here – and that is in line with what we promised,” the Left leader Nooshi Dadgostar said in a speech to parliament before the vote, referring to an ultimatum her party gave the government.

Although the Left Party were the first to threaten a no-confidence vote, it was ultimately proposed by the Sweden Democrats who, unlike the Left, had enough MPs to submit the motion.

Although Covid-19 restrictions are in force, all 349 members of parliament were called in for the vote and were asked to wear face masks and limit their time in the chamber.

A total of 181 MPs voted in favour of the no-confidence motion, passing the required majority of 175.

The prime minister has scheduled a preliminary press conference for 11.30am, Swedish time.

There are two possible alternatives of what will happen next. Either Löfven may resign, in which case it falls to the speaker of parliament to start a round of cross-party negotiations to form a new government, or otherwise he may call for snap elections, which would need to take place no later than three months after the announcement.

He has seven days’ time to make the decision.