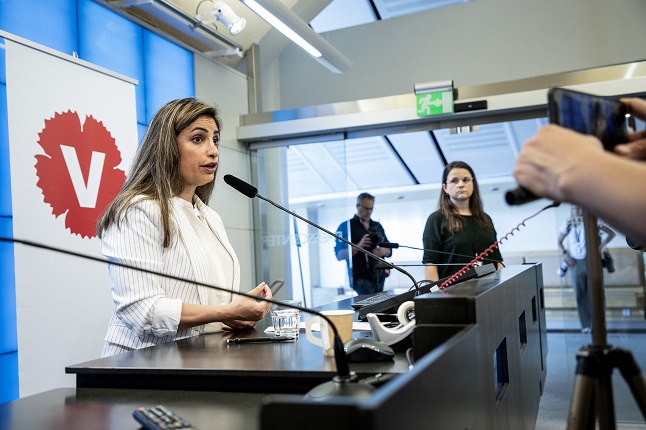 Will the government collapse?

That’s the question dominating the news agenda today, ahead of a vote of no confidence scheduled for 10am. The Left Party first said it would put forward the vote after the government set out a plan to introduce market rents, and now a majority of parliament has said it’s ready to vote down the government. In the end, it’s the far-right Sweden Democrats presenting the motion, as they have enough MPs to do so — the Left Party doesn’t, but their votes are still needed to reach a majority, along with the conservative Moderates and Christian Democrats who actually support market rents but do not support the government.

After a weekend of negotiations, Prime Minister Stefan Löfven and Centre Party Leader Annie Lööf presented a possible compromise to the Left Party, but its leader refused. Hear The Local’s team discuss how we got here and what could happen next in our Sweden in Focus podcast.

Around 100,000 people may have been affected by fake Covid-19 tests and travel documents, and three people are in police custody on suspicion of aggravated spread of an infectious disease and aggravated fraud, as Expressen and Aftonbladet were first to report. All three deny the crimes.

A healthcare company that carried out PCR tests to detect ongoing Covid-19 infections, and issued certificates saying individuals had tested negative, actually never sent the tests to a lab to be analysed, according to police, who acted on information from the Swedish Healthcare Inspectorate (Ivo).

It’s not the first case of its kind; as we reported on Friday, a doctor in Stockholm wrote out fake travel certificates for people who tested positive for Covid-19 several times during the pandemic, and was reported to Ivo by his employer.

On Sunday, the government announced that its restrictions on entry from countries within the EU/EEA were being extended from June 30th to August 31st. Currently, this means that only people with a negative Covid-19 test no older than 48 hours may enter Sweden, but the government said that the Swedish rules would now be adapted to match EU-wide regulations, meaning that people who can prove they are fully vaccinated or have recently recovered from Covid-19 may enter the country as well.

As before, there are no restrictions on entry from the other Nordic countries: Denmark, Finland, Iceland or Norway. People who live in Sweden, including but not only Swedish citizens, are exempt from the requirement to show a negative Covid-19 test.

After an extremely warm weekend, several regions saw heavy rain and thunder over the night, and more storms are on the way for the start of this week.

“It looks like there may be some heavier thunderstorms in Västerbotten and Norrbotten. Then a new area is coming in from the south, over Götaland during the day, and further north during the evening and night. But at the moment, no warnings have been issued,” SMHI meteorologist Sofia Söderberg told the TT newswire.

In southern and eastern Götaland and eastern Svealand the warm weather will remain, with temperatures of over 30 degrees in some places, Class 2 warnings for extremely high temperatures in Kalmar and Class 1 warnings in eastern Kronoberg, eastern Jönköping, Östergötland and Södermanland.