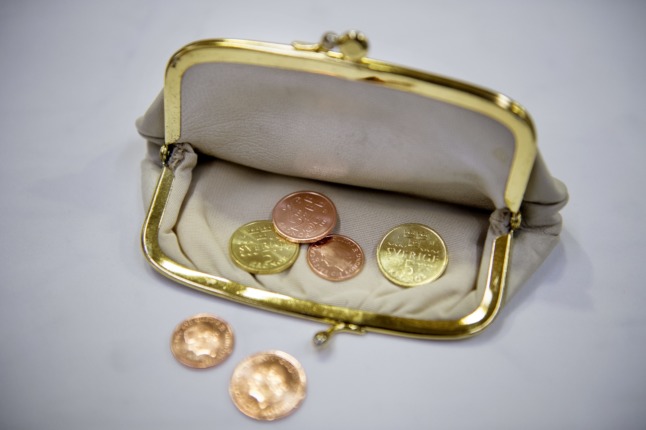 Sweden was still mired in an unprecedented political crisis this week after Prime Minister’s Stefan Löfven’s government was brought down after he lost a vote of no-confidence in parliament.

With the impact of the Covid-19 pandemic already having hit Sweden’s economy hard there are concerns the political crisis could now hinder the country’s recovery, just as it has begun to return to a more normal situation thanks to falling infection rates and the vaccine rollout.

However economists believe the political rows and instability should not have too much of a negative impact on Sweden’s economy.

“Our assessment is that the political uncertainty going on right now won’t have significant consequences either on the economy or interest rates,” Michael Grahn, chief economist at Danske Bank, told the TT news agency.

“On the other hand, the krona may be affected in the short-term,” he warned.

The country is still waiting for Löfven to make his next move, which could result in snap elections or yet more fraught negotiations to form a new government, but Susanne Spector, Chief Analyst at Nordea Bank says the country is stable enough to avoid any major economic fallout.

“We have a strong economy and a parliament that can still take decisions,” she told The Local. “The economic effect will be small or non-existent.”

However she did warn that if Sweden’s political crisis did run and run and impeded any government from being able to function then it will eventually take its toll.

“We could end up with weaker governments that aren’t capable of making the necessary changes,” she said.

Even if a snap election is held, Spector does not believe it will significantly impact the economy despite the estimated 400 million kronor cost of staging the nationwide vote.

“It is a small sum on the whole,” said the analyst.

Spector also believes that the Swedish economy will remain stable no matter which parties make up the next Swedish government.

She adds that the improving Covid-19 situation in Sweden means there are more reasons to be optimistic about the economy than downbeat. Spector says there is a strong economic recovery, with most adults soon to be vaccinated (though Sweden did push back its vaccine target on Thursday), stimulating consumption.

“Even though we’ve been wrong about the virus several times, the economic forecast has still been revised upwards time and time again,” Spector says, adding that Sweden has “good conditions regardless of the virus situation”.

Anders Bergvall, Senior Economist at Handelsbanken agrees: “Our public finances are strong,” he told  The Local, adding “more and more people are receiving the full vaccine dose. The situation looks good and we continue to open up.”

What impact will a weakening krona have?

The sudden political upheaval in Sweden initially prompted a drop in the value of the krona compared to the euro, US dollar and British pound before the Swedish currency recovered.

Spector says the Swedish krona is estimated to weaken this year due to the US dollar strengthening in the next few months.

But what will that mean in general?

Sweden is an export-orientated economy, and a low krona can make Swedish companies more competitive, since their products become cheaper to buy than those in countries with the euro. For companies that rely on imports, though, there are higher costs to reckon with, and this affects many export-focused companies too.

But when it comes to individuals, those who receive a salary or pension paid in euros or another comparatively strong currency will get more for your money when spending in Sweden. Anyone planning a move or an investment in Sweden, such as buying a house, using savings from outside Sweden is therefore in a strong position.

Many savers in Sweden put their money into international funds and shares, which means returns are smaller when the krona is comparatively weak.

And a weak krona is not good news for those who are paid in the Swedish currency, intend to travel overseas, or send money overseas (for example, to family members in their home country).

A strong krona can also be bad news for some.

Anyone planning a move or an investment in Sweden, such as buying a house, using savings from outside Sweden is in a weaker position when if the krona strengthens against other currencies.

And a strong krona means trips to Sweden from overseas will become more expensive than usual – although the impact of global travel restrictions, limited flights, and other consequences of the pandemic will be more important. It’s fairly unlikely that the currency exchanges will be many people’s top priority when deciding whether or where to travel in the near future.