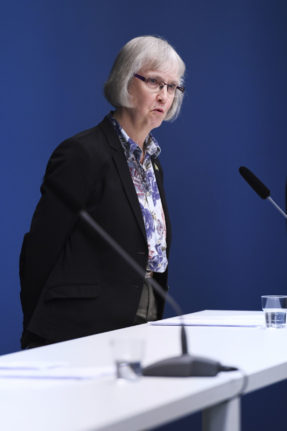 There are over 200 state agencies in Sweden, including many you will probably have heard of such as the Swedish Migration Agency (Migrationsverket) and the Swedish Public Health Agency (Folkhälsomyndigheten).

This group also covers many universities and higher education institutions as well as the Swedish Police (Polismyndigheten), and Sweden’s National Museum, for example.

Although the Swedish government appoints the directors of the agencies, they are independent of the government and not political positions.

The salaries and their increases are decided by the Swedish government. The directors’ salary increases, including their updated salary, for the current year have been revealed.

The most highly paid is Lena Erixon, head of The Swedish Transport Administration (Trafikverket). This is the sixth year in the row that she tops the list. Erixon receives a salary of 178 600 kronor per month, which is an increase of 1,5 percent.

Other salaries include a 1,7 percent increase for the director of the Swedish Migration Agency (Migrationsverket), Mikael Ribbenvik, who will now receive a monthly sum of 141 000 kronor.

This year Karin Åström Iko, director of The National Archives of Sweden (Riksarkivet), received the largest salary increase, with an increase of 4,6 percent from 99 200 kronor to 104 000 kronor a month.

Of the ten persons with the largest salary increases, eight were women. In general the female directors have a slightly higher average salary than their male counterparts.