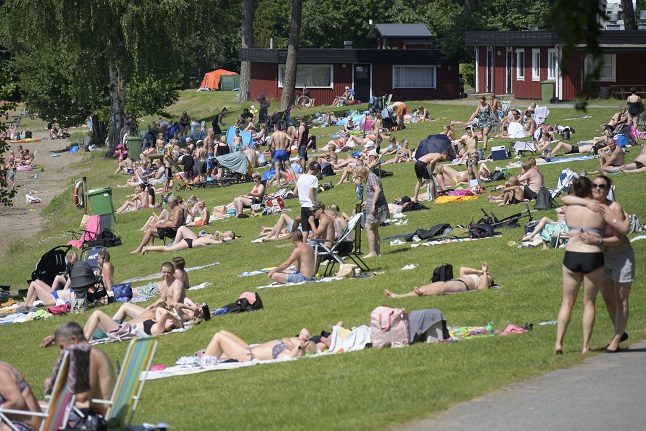 Much of southern Sweden can expect temperatures of around 30C, and high humidity levels, this week. Photo: Fredrik Sandberg/TT

SMHI; the meteorological agency, issues these messages when there is a maximum daily temperature of at least 26C for three days in a row.

The message applies to most of the south and east of the country, facing extreme heat of around 30C — an area covering 32 of Sweden’s 40 ‘weather regions’, including all three major city regions of Stockholm, Skåne and Västra Götaland.

The purpose of the heat warning is to encourage residents to take precautions to avoid falling ill in heat which is unusual to Sweden. That means taking measures to cool down your home, avoiding being out in the sun during the hottest part of the day, and cooling down with lots of fluids, for example.

People who are medically vulnerable, including the elderly and those with certain health conditions, are most at risk due to high temperatures, so the warnings are also directed at caregivers.