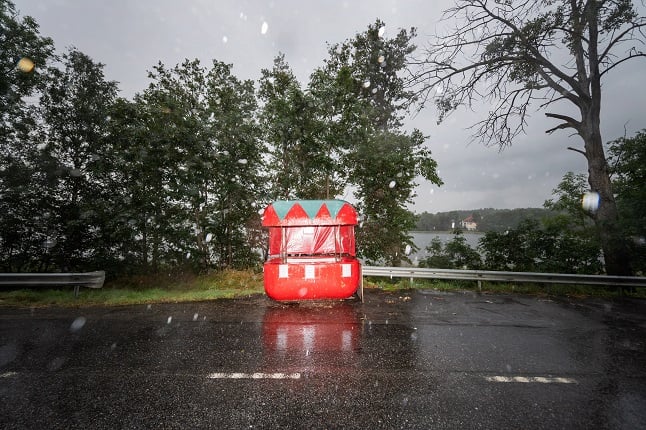 The rain already began during Wednesday night, moving from the Bothnian Sea over Hälsingland, but much heavier rainfall is forecast for the afternoon onwards. The worst affected areas, according to SMHI, will likely be Hälsingland and northwestern Dalarna, where there is a risk of overflowing stormwater pipes and flooded basements for example.

“This was already forecast earlier, but it was quite uncertain how much rain would fall. Now it’s more definite that we will get a stretch from the north of Lake Siljan within Dalarna with 35-60 millimeters of rain,” meteorologist Marie Staerk told TT.

Initially a Class 2 warning was issued for the Hälsingland coast and although it has been revised down to Class 1, weather agency SMHI said there is a risk that may change for some areas and is following the development closely.

“There are some indications that there could be greater amounts of rain,” said Staerk.

On Wednesday, Kristianstad was hit hard by storms, with flooded streets and the rescue services called out to deal with floods in properties as well as in a nursing home and the local hospital. On Tuesday, another storm swept over the southwestern Götaland region, with a total of 1,700 lightning strikes and heavy rains causing floods.