Life in the Swedish countryside is starkly different to life in the city, writes Ariz Kader. Photo: Private

On July 27th, I wrote a short Twitter thread documenting my experiences as an immigrant to Sweden. The thread contrasted my experiences growing up in an immigrant-heavy suburb of Stockholm with my current life in the Swedish countryside and included my thoughts on what this could mean for integration into either community. As the thread seemed to gain a lot of traction online and was widely discussed, the staff at The Local have been kind enough to ask me to write a version of the thread for their publication. Some of the text has been altered for clarity’s sake.

I lived in Stockholm for about 14 years in my childhood and teenage years, and in retrospect, I can’t think of a more segregated experience. Echoing a lot of my friends of the same generation (first generation of immigrants) – to a certain extent – it feels as if the generation that were born here in the suburbs speak Swedish less fluently than we did. To me, this seems natural as it reflects the concentration of non-native speakers creating their own dialect, rather than learning established ones from native speakers.

Schools in these areas also suffered growing up. Many teachers preferred not to be assigned there and kids from troubled backgrounds made teaching difficult for everyone. This was the case in my school as well.

In Sweden, there is a pedagogical culture of parent involvement in teaching with parents being involved heavily in school meetings, collaborating with teachers, and actively participating in other activities. With few Swedes around, teachers who worked in our schools later told me that immigrant parents simply didn’t pick up these cultural habits.

Shops in these areas also reflected both the kinds of communities that exist with immigrant food shops, cafes, and clothing shops mirroring the diverse background of residents, but you typically also got fewer general stores because those businesses didn’t think it was worth the investment to set up shop. This resulted in immigrant suburbs with a good variety of ethnic foods and clothes, but generally not much else, and so limiting the ability of people to have access to jobs locally.

All in all, these areas have a pretty heavy “us vs them” mentality, with immigrants believing the state isn’t doing enough to promote good services and investment, while businesses and services refuse to invest because of a real or perceived unsafe environment.

As a kid growing up there, there was an extreme sense of hopelessness. Society was perceived as being against immigrants in general. My first clear memory/experience of speaking to a Swede my age from a non-immigrant background is from when I was 12.

The stark cultural differences between Swedish families and immigrant families also created huge hurdles for understanding and feeling welcome. In my family, if we had unexpected guests, we would simply cook more food. In many Swedish families, though of course not all, you were expected to go home to eat or even stay in your friend’s room while the family had dinner. Moving back to Sweden after spending a decade abroad, I settled down in the countryside, and it genuinely felt like I had moved to another country entirely to the one I remember from my childhood years. When we moved in, every single neighbour came to welcome us. We were invited to dinner at everyone’s house.

I get questions and comments about my background that may be perceived as a bit naive or even offensive without context, but when you get to know my neighbours, you understand it comes from a genuine desire to know more about where I come from; it’s never a wish to offend.

In the city, I often feel prejudices seem to be held to oneself with the effect being obvious segregation with people in affluent suburbs being “anti-racist” while never setting foot in an immigrant-heavy area. In the country, prejudices are there, but are open to change with a conversation.

There are drawbacks, of course. There is little to no access to my traditional foods, nor is there a community of immigrants that might speak my language. My kids will also have a harder time learning my language despite my effort to teach them. But since we live in this country, and since it is their home, I consider that a small price to pay for them growing up as an equal and appreciated part of their community, and not some outsider who will never truly fit in.

This probably boils down to the larger question of what becoming a part of a new country really means. How much do we keep of where we came from if we want to successfully live where we have decided to settle down?

But, in case you really do want to live and be part of the place you decide to call home, I honestly believe the countryside has the best possibilities for creating that new life, and not turning you into a third, fourth, or even fifth generation “immigrant”.

Ariz Kader is a research assistant at Uppsala University’s Peace and Conflict Research Institute. Follow him on Twitter HERE. 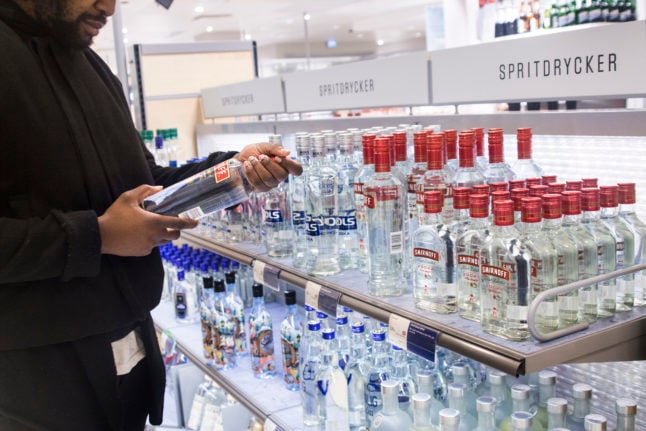