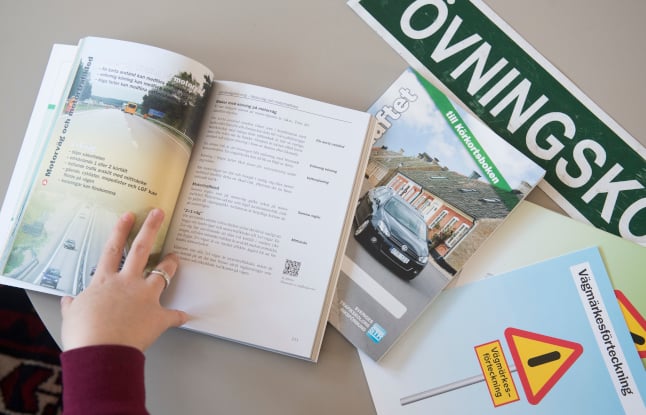 More people will be able to borrow money to get a driving licence. Photo: Fredrik Sandberg/TT

Sweden urges Swedes to get out of Afghanistan

The Swedish foreign ministry has urged all Swedes to leave Afghanistan, after Taliban groups took control of large parts of the country in the wake of US and Nato presence.

Around 20 Swedish citizens are currently registered with the foreign ministry as being in Afghanistan, something that’s possible to do if you go abroad. The ministry urged anyone who isn’t already registered to sign up and to follow news and travel information.

Sweden will not at this stage recall staff from its Kabul embassy however. A foreign ministry spokesperson told the TT news agency that security at the embassy is much higher than the security situation for a civilian who is in Afghanistan.

Escalating violence in Afghanistan has sparked concern that Afghan citizens who have worked for other countries, including Sweden, will be at risk from the Taliban.

Swedish Defence Minister Peter Hultqvist, who represented the government at a general summer press meeting on Thursday, was quoted by TT as telling reporters that questions should be directed at the justice ministry. But he added that asylum for interpreters is ultimately a question and decision for the Migration Agency, not the government.

He said that Sweden has previously let a number of interpreters and their families come to Sweden. But some interpreters first had to fight a long appeals battle with the Swedish migration courts. In a ruling in 2016, one of the courts decided that three interpreters who were seeking asylum in Sweden had a special connection to Sweden because they had previously worked for the Swedish Armed Forces in Afghanistan.

Borrow money, get your driving licence

From December 1st this year, it will be possible for all 19 and 20-year-olds who have competed their high school education to borrow money for driving licence lessons. They will be able to apply to CSN, the body in charge of student loans and student funding.

This has previously been possible for 18-47-year-olds who are registered with the Employment Agency, but those aged 19-20 will now no longer have to be officially unemployed in order to be allowed to get a driving licence loan from CSN.

According to the Körkortonline site, the average cost for the entire process of getting a driving licence in Sweden, from permit to lessons to licence, is 15,000 kronor.

The scheme is meant to improve young people’s chances of employment.

How to change your driving licence to a Swedish one https://t.co/Y3a6eD472C

The Swedish government has launched an inquiry into giving police better access to mobile data, in order to clamp down on criminal networks whose use of modern technology has rendered current crime-fighting tools insufficient and outdated.

Swedish Home Affairs Minister Mikael Damberg argued at a press conference on Wednesday that more information about the way suspects communicate with each other would help authorities prevent a series of criminal offences, from gang violence to thefts targeting the elderly, and sexual offences against minors. “Who communicates with whom, when and where, and who has a certain IP address,” he said.