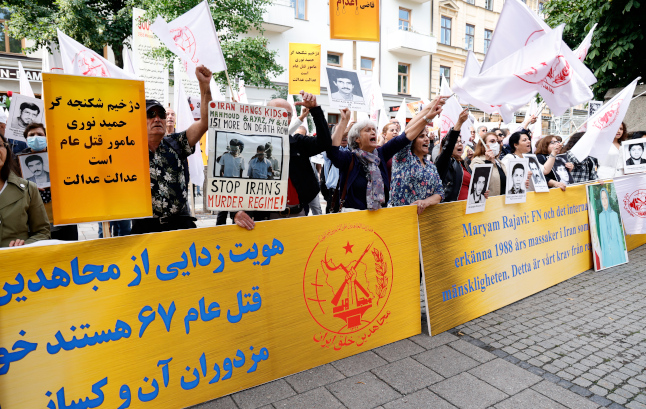 Lawyers for former Iranian prison official Hamid Noury denied his involvement in the 1988 execution of thousands of political dissidents as the trial got under way on Tuesday.

Noury, 60, appeared relaxed and smiling in Stockholm District Court while his defence counsel Daniel Marcus refuted the charges including “murder” and “war crimes” dating from between July 30th and August 16th, 1988, when Noury was assistant to the deputy prosecutor of Gohardasht prison in Karaj, near Tehran.

Earlier Kristina Lindhoff Carleson, for the prosecution, read out the indictment which accused Noury of “intentionally taking the life of a very  large number of prisoners sympathetic to or belonging to the People’s Mujahedin” (MEK).

MEK supporters were among several hundred protesters who gathered outside the court carrying photos of the dead and called for justice for the estimated 5,000 prisoners killed across Iran, allegedly under the orders of supreme leader Ayatollah Khomeini in reprisal for attacks carried out by the MEK at the end of the Iran-Iraq war of 1980-88.

Swedish court officials believe Tuesday’s case is the first of its kind against someone accused over the killings.

A verdict in the three-day case is expected in April 2022.

The allegations were brought to the attention of the Swedish authorities by a group of 30 complainants, as well as justice campaigner and former political prisoner Iraj Mesdaghi.

After compiling an evidence dossier of “several thousand pages” on Noury, Mesdaghi set about luring the former prison official to the Nordic country – where he has family members – with the promise of a luxury cruise. Noury was arrested as he stepped onto Swedish soil.

Sweden’s principle of universal jurisdiction means that its courts can try a person on serious charges such as murder or war crimes regardless of where the alleged offences took place.

“This is the first time that one of the persecutors has been held accountable in another country,” Mesdaghi told AFP.

The case is particularly sensitive in Iran, where campaigners accuse current government figures of having a role in the deaths, most notably new president Raisi.

The former head of Iran’s judiciary was accused by Amnesty International in 2018 of being a member of a “death commission” which was behind the secret executions.

Questioned in 2018 and 2020, Raisi denied involvement but paid “tribute” to Ayatollah Khomeini’s “order” to carry out the purge.

In early May, more than 150 personalities, including Nobel Prize winners, former heads of state and former UN officials, called for an international investigation into the executions.

Noury is also charged with having participated in the execution of other prisoners during the same period on the basis of their ideology or belief – they were considered opponents of the “theocratic Iranian state”, according to the prosecution. 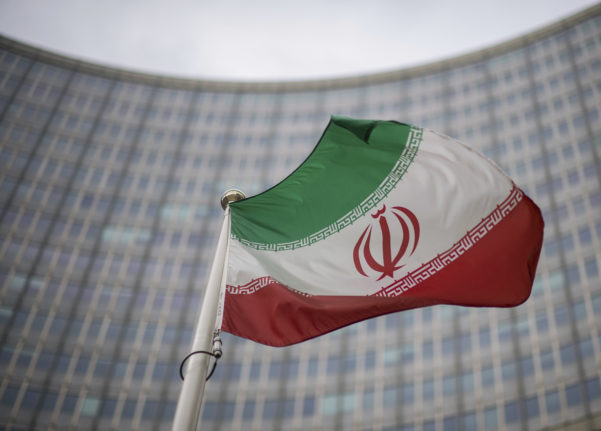