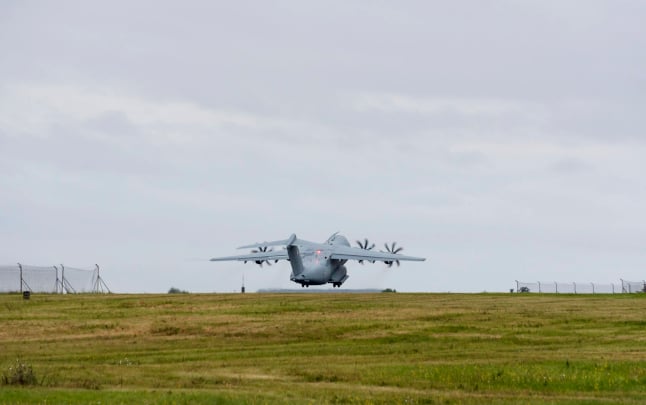 Everyone stationed at the Swedish embassy in Kabul, 19 people, were taken by helicopter and aircraft to a US military base at Doha, Qatar, on Sunday evening.

But local employees at the embassy have not yet been flown out of the country. Asked at a press conference on Monday when that will happen, Foreign Minister Ann Linde was quoted by TT as saying she didn’t know. “It is chaos at the airport,” she said.

Footage has been shared in international media of crowds on the tarmac at Kabul airport, trying to get onto aircraft to leave the country after the Taliban took over the capital.

Linde said the plan had been to let one group of local employees evacuate tomorrow, followed by another at a later stage. “We had secured spots on a plane for them,” she said, adding that it was currently difficult to get past roadblocks and reach the airport.

A group of local employees on Monday wrote a desperate email to the Expressen newspaper complaining that they had been abandoned by their Swedish former colleagues, who had blocked their email addresses and were not answering their calls.

“We do not know what is happening and they left us in the office while we were working,” the email read. “We have tried to contact them but they do not answer our calls and they have blocked our email addresses.”

“Please write about us, our lives are in danger and Sweden should leave its bureaucratic system and prioritize our lives before its laws.”

The group said that the lives of embassy staff were in danger and that the Taliban was already “searching from home to home looking for those who had been employed by foreign embassies and their families”.

Linde said the Swedish Armed Forces had provided a list of names of staff they employed in the country before 2014 (they have not directly employed anyone locally in Afghanistan since), but that the foreign ministry had got further in terms of providing permits for those who are currently employed by the Swedish embassy in Kabul. She did not want to say how many they are in total, citing security risks.

“I will say when the evacuation is over,” she said.

Linde also said the Swedish Armed Forces would send Herkules transport aircraft to be placed close to Afghanistan to support transports from the country. But she did not say what would happen to other Swedish citizens, among others journalists, who are in Afghanistan.

“The foreign ministry has advised against all travel to Afghanistan. And on August 5th the foreign ministry urged all Swedes to leave. Of course those who remain are in a very tough situation, but they can’t expect the kind of help you would in a normal situation.”

“We are currently focusing on our local employees, their families and those who were previously employed by the Armed Forces according to the list we received yesterday.”

Sweden’s Migration Agency last month halted all deportations to Afghanistan. However, this came after years of controversy. Several thousand Afghans, especially young unaccompanied men, have travelled to Sweden to seek asylum in recent years, often arriving via Iran. With many denied asylum, critics have questioned whether their return to Afghanistan would be safe.