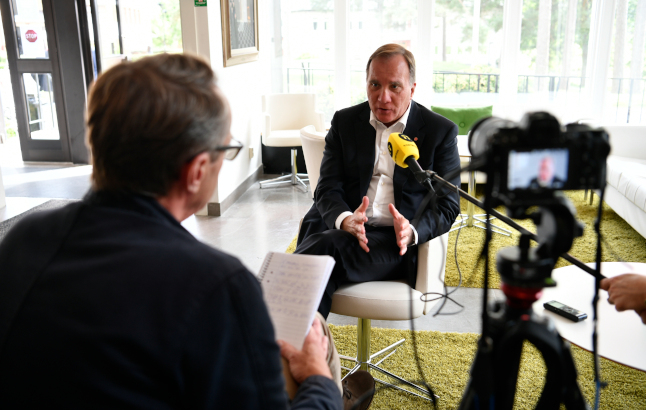 Sweden evacuates people out of Afghanistan

A Swedish aircraft evacuated people from Kabul Airport in Afghanistan on Sunday. Both local people previously employed by Sweden and around 400 people who have signed up to the so-called “Swedish list” – a list of Swedish citizens abroad – are currently in Afghanistan, but it is not known how many were on the flight out.

Foreign Minister Ann Linde was expected to share more details at a press conference on Monday morning. Swedish soldiers were on board the plane for protection, and there is another Swedish-owned aircraft in the region on standby to fly into a chaotic Kabul.

Sweden’s bear hunt gets under way

A total of 133 bears have been killed in Sweden’s bear cull, which got under way this weekend. A maximum of 501 bears may be shot up until October 15th, with the quota varying across regions. Some districts have already filled their quota for this year.

Around 3,000 brown bears live in Sweden. Each bear that is felled in the hunt will be weighed, measured and tested. A more thorough examination will be carried out on around one in three bears, reports Swedish news agency TT.

Löfven to step down as prime minister, but what happens next?

Swedish Prime Minister Stefan Löfven announced on Sunday that he will step down as party leader, and effectively as PM, in November, ten months ahead of Sweden’s next election. Löfven has been at the helm of the Social Democrats since 2012.

It is not yet known who will succeed him as party leader, but a name that has often been mentioned in speculations is Finance Minister Magdalena Andersson. She has held the finance portfolio for seven years, and has on occasion stood in for the Prime Minister.

Whoever is elected to succeed Löfven as party leader will have to be approved by parliament in order to take over as head of government, which means Sweden may face another political crisis in autumn unless the parties in parliament manage to agree.

Keep an eye on www.thelocal.se today for more political news and analysis.

Swedish Prime Minister Stefan Löfven has just announced his resignation. New leader will take the Social Democrats into the next election in 2022. https://t.co/U9wRMF84Xs

One of the people was wearing shorts and temperatures dropped to -10C overnight, but police said there were no reports of serious injuries. A police helicopter and mountain rescue were on their way to the scene, reported SVT at around 6am.