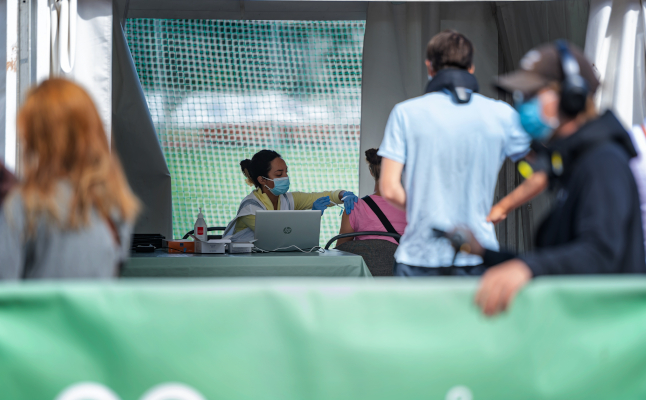 The Public Health Agency said that now is not the time to ease Sweden’s remaining restrictions and recommendations, but did not suggest adding any new ones either.

Health Minister Lena Hallengren told the TT newswire that she agreed, but added that the government had not ruled out lifting restrictions in September according to plan.

According to Sweden’s five-step plan, this would in that case include removing the limit of people allowed at public and private events, and removing the rules for restaurants and bars entirely, including indoor areas.

It would not include removing recommendations to avoid crowding, to meet each other outdoors rather than indoors, to work from home, to practise good hand hygiene and to stay at home if you develop Covid-19 symptoms. These would only be removed at a later date.

A total of 6.6 million people aged over 18 have received at least one dose of a Covid-19 vaccine so far in Sweden, and 5.1 million people have received two doses, but health officials have said they want more people to get vaccinated to increase the level of protection.

“I think the Swedish people understand that the spread of infection is increasing, even though it’s from low levels. If you ignore the restrictions we have and don’t step up our rate of vaccinations, the autumn could get tougher than we thought,” said Hallengren. In the worst-case scenario, the Public Health Agency estimates that almost 70 Covid-19 patients will be admitted to hospital a day during the first half of October, and 10 a day to intensive care.

But it stresses that the future is highly uncertain and that the scenarios are meant to be seen as a planning aid for other Swedish authorities, not an exact forecast.