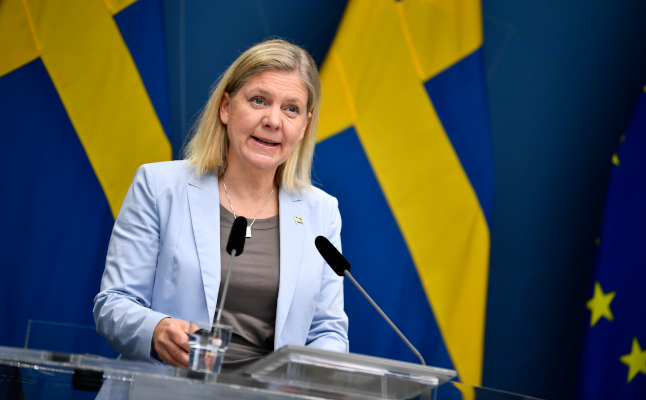 Stockholm’s northern and southern links – two tunnels at the north and south of the capital – as well as Gothenburg’s Lundby tunnel and Gnistäng tunnel are the stretches of road where the most speeding drivers are caught on camera, almost 14,000 between January to June last year, according to the National Traffic Administration.

There are around 2,200 speed cameras in Sweden, reports the TT news agency which cited the figures on Tuesday, and 200,000 people have been caught in the first six months of this year, more than 50,000 more than the same period last year.

Sweden has evacuated 225 people from Afghanistan so far, up from 170 yesterday. They include local residents who have previously been employed by the embassy, and around 500 people who have signed up to the so-called “Swedish list” – people who are Swedish citizens or residents and have reported being in Afghanistan at the moment.

Foreign Minister Ann Linde reported the new figures to SVT on Monday evening, but said she could not guarantee that Sweden would be able to get every single person out.

The Social Democrats have started looking for a new leader, after Prime Minister Stefan Löfven announced he would resign in November. There is pressure on them to pick a woman, as Sweden is the only Nordic country that has never had a female PM.

"Sweden is an exceptionally stable country, especially from a global perspective, and the political chaos of the past few years has made Swedish voters uneasy." | @lisabjurwald on Prime Minister Stefan Löfven's resignation https://t.co/U9dJdNfPGN

‘This autumn could get tougher than we thought’

The Swedish Public Health Agency has presented three new scenarios for how the coronavirus might spread this autumn, and all three predict rising infection rates, reports the TT newswire. The reason is that contacts between people are expected to increase alongside the more contagious Delta variant, despite the also increasing rate of vaccinations against Covid-19.

It said that now is not the time to ease the remaining restrictions and recommendations, but did not suggest adding any new ones either. Health Minister Lena Hallengren told TT that she agreed, but that the government had not ruled out lifting restrictions in September according to the original plan. According to the five-step plan, these would in that case include removing the limit of people allowed at public and private events, and removing the rules for restaurants and bars entirely, including indoor areas.

“I think the Swedish people understand that the spread of infection is increasing, even though it’s from low levels. If you ignore the restrictions we have and don’t step up our rate of vaccinations, the autumn could get tougher than we thought,” she said.