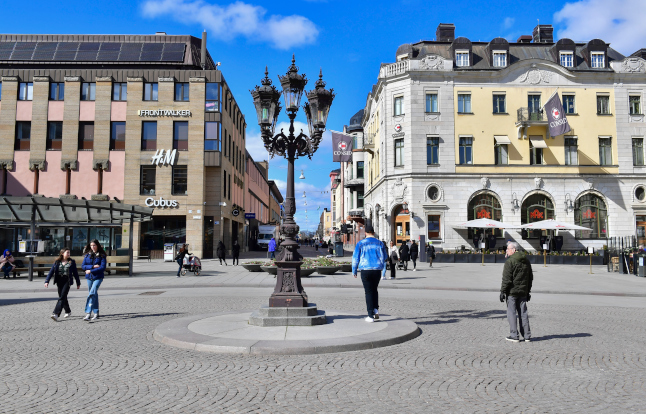 A new report by Swedish student association SFS has taken a closer look at student housing in 33 university towns, and found that 18 of them could be given a “green” label”. This means that students will generally be offered safe and reasonably priced accommodation within a month. In the year before the pandemic, the figure was nine.

SFS warns that the effect may only be temporary. The pandemic has meant both fewer international students in Sweden as well as fewer new students in general moving to their new university town because so much of the teaching could be done online.

Farewell summer, it was nice knowing you

Get ready for what may be the last week of summer in Sweden. The sun (remember what it looked like?) is set to make an appearance on Monday, with the mercury edging up to 20C in large parts of the country, according to weather forecaster SMHI.

But from mid-week and the start of September, temperatures are set to start falling. Sweden defines the start of autumn as the daily average temperature having stayed below 10C for five consecutive days. You can track the seasons via SMHI’s map.

More than 40 sheep were killed in two wolf attacks in the Uppsala region over the weekend, reports regional newspaper Upsala Nya Tidning. Around 30 were killed outside Harbo on Friday and around 30 in the Björklinge area on Saturday. Regional authorities are now investigating whether the attacks were carried out by one wolf or several.

Around 395 wolves live in Sweden. Wolves are relatively shy animals and rarely attack or even approach people, but if you do come face to face with one, you should calmly try to walk away (don’t run). If it doesn’t work, try to climb something tall, and if the wolf attacks, try to look big and threatening and fight it as much as you can.

Eight people were being held after a shooting in Hjulsta, north-west of Stockholm. Police were called to the scene at 02.37am on Monday and found two seriously injured men. They later brought six people in for questioning after searching a home in Hjulsta. Later on Monday, police said another two people had been brought into custody, and one of the injured men had died.

Four shootings took place around Stockholm between Sunday and Monday, although it is not known whether they were linked. One happened in Tensta at around 8pm, near Hjulsta, where police spotted gunshot holes in two cars. Another one in Hägersten at around 11pm and one in Bredäng at 3am, both south of Stockholm. There were no reports of injuries in connection with these shootings, reports the TT news agency.

The government has ordered the Swedish Agency for Health and Care Services Analysis to analyse regional differences in post-Covid care. A previous report by public radio broadcaster Ekot showed that only seven out of Sweden’s 21 regions have a dedicated post-Covid clinic. The agency now has until October 3rd, 2022, to complete the analysis.