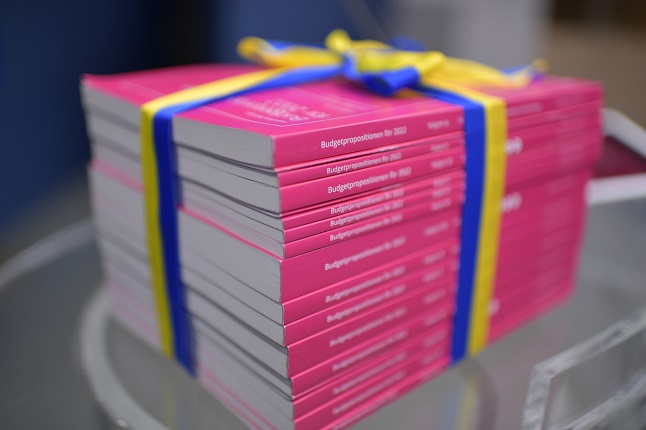 As a minority government, the Swedish government cannot guarantee that its budget proposal will be passed. Photo: Anders Wiklund/TT

Sweden’s minority Social Democrat-Green Party government relies on support from other political parties in order to be able to pass its policies, and after the collapse of a deal with the Centre and Liberal parties earlier this year, the Centre and Left are its most likely allies.

Because of the way the Swedish parliamentary system works, it would be enough for these parties to either vote for the budget or abstain — for a budget to pass, it just requires that a majority does not vote against it.

But neither party is completely satisfied with the measures announced on Monday.

“It is not at all a given [that the Centre Party will vote for the government’s budget],” the Centre Party’s economic policy spokesperson Martin Ådahl told the TT newswire.

He described the budget as a “mixed picture”.

Some of the key demands from the Centre Party, which until 2019 was typically allied with Sweden’s right-leaning parties, include changes to labour law, making it easier to build along Swedish coastlines, and to strengthen the right of forestry owners. The latter two issues have proved a sticking point with the junior government coalition partner, the Green Party.

The Left Party also said that some, but not all, of its demands had been met.

In particular, the party had called to scrap Sweden’s ‘qualifying day’ (karensavdrag) which means employees aren’t entitled to pay on their first day, a measure which was introduced temporarily during the Covid-19 pandemic but has not been made permanent in the budget.

Other requests from the Left had been increased requirements for small companies to cover sick pay, and for tax cuts for low- and middle-income earners to be matched by tax increases elsewhere.

The Moderate’s economic policy spokesperson Elisabeth Svantesson was critical of how the budget dealt with law and order and long-term unemployment.

“These problems which have escalated over the last few years need to be dealt with by Swedish politics. It doesn’t work to shift the focus to other things, the government’s most important task is to help people feel safe and to be safe,” she said. “The budget doesn’t deal with Sweden’s problems.”

These parties have the opportunity to put their own budget proposals forward, either as individual parties or jointly.

It isn’t unprecedented for an opposition budget to be passed; in fact, this happened as recently as 2018, when Sweden had still not received a government after a historically close election. The budget put forward by the caretaker government was not passed, losing out to a centre-right budget.

There is the option to make some changes to the budget in spring, but certain decisions are fixed for a full year.

Prime Minister Stefan Löfven has said he will step down if the government’s budget is not passed this winter, but he has already announced plans to resign in November at the party conference in any case. Finance Minister Magdalena Andersson is his likely successor, at the time of writing having received nominations from almost all of the Social Democrats’ party districts with no other candidate nominated.