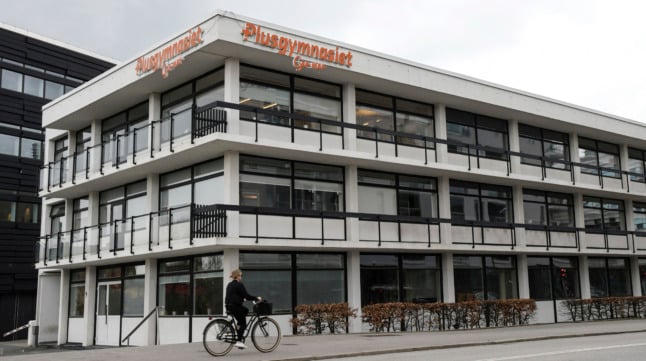 Plusgymnasiet in Malmö, which was operated by Academedia, closed in 2017 leaving the pupils to continue their education elsewhere. Photo: Johan Nilsson/TT

At a press conference announcing the new welfare policies the party’s leadership plans to table at its November national meeting, Sweden’s education minister, Anna Ekström, said that it was time to make sure that the money that Sweden’s government spends on children’s education no longer goes as profit to private companies.

“It means what we say, that we want to ban profits,” she said. “The needs of children and young people should be put above profit-making and the tax money we together put towards pupils should go to pupils and not to private profits.”

Jan-Olof Jacke, chief executive of the Confederation of Swedish Enterprise, condemned the proposal as “in practice a ban on companies in this area”.
“If efficient companies are not allowed to contribute to the delivery of welfare services, schooling, care, and nursing will be both worse for users and more expensive for taxpayers. In addition, freedom of choice will be abolished in practice,” he told TT in a statement.

Shares in the free school company Academedia plummeted almost 10 percent in the sake of the announcement, although its chief executive Marcus Strömberg stressed that he did not think the Social Democrats would ever be able to get their proposal through parliament.

“You have to remember that this is about political positioning,” he said. “I have a very hard time seeing that there is anyone who would like this to disappear because we are such an incredibly large sector.”

Sweden was one of the pioneers in setting up state-funded but privately-run schools, called Charter Schools in the US or Free Schools in the UK, with the Moderate government led by Carl Bildt bringing in the free school reform back in 1992.
But the policy has become increasingly questioned after Sweden’s results in the international PISA survey, which compares educational attainment between countries, dropped dramatically.