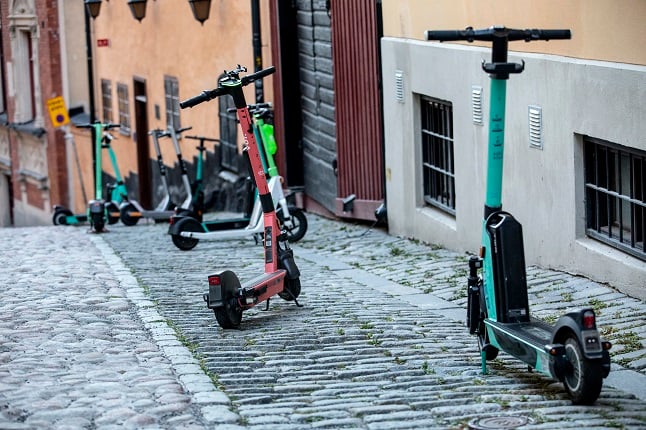 The scooter had been left in a cycle path, according to initial reports. File photo: Christine Olsson / TT

“The man has died and the criminal classification has been changed to ‘causing another person’s death’. Relatives have been notified,” a police spokesperson told the TT newswire.

The spokesperson said police would likely investigate both the company that owns the scooter and try to identify the person who left it there. The cyclist’s bike has also been taken away for technical investigation.

The man hit the scooter after cycling downhill, and died after being treated for his injuries in hospital.

It is not the first e-scooter fatality in Sweden. In May 2019, a 27-year-old died when the scooter he was riding collided with a car at the bottom of a hill, prompting calls from the Swedish Transport Agency to ban the vehicles.

“We have unfortunately just been waiting for a serious accident to happen, and of course it is even more tragic that someone has died,” Hans Cassepierre, an investigator for the agency, told Sweden’s TT newswire at the time.

Earlier this year, Stockholm introduced fines of 250 kronor to be issued to the companies that run e-scooter rental services every time the city’s traffic wardens have to move them out of the way. One of the companies, Voi, also launched a pilot scheme in Helsingborg to test fining its own users if they parked the scooters in the wrong place.