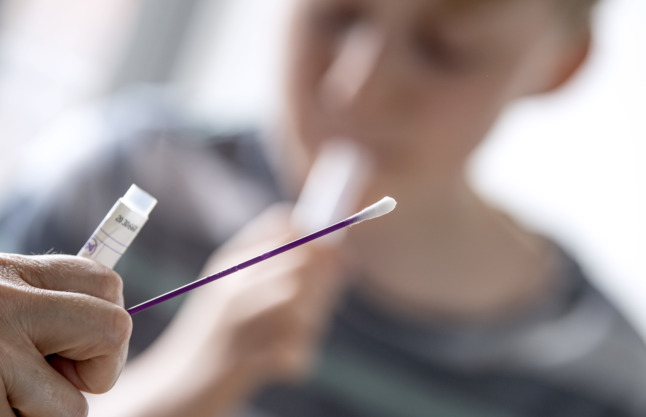 What is the Public Health Agency decision on testing?

On November 1st, the agency updated its recommendations on testing so that vaccinated people with Covid-19 symptoms only need to get tested for the disease if they fulfil certain criteria.

Unless they meet these exceptions, vaccinated people will no longer be able to get free PCR tests from pharmacists, even if they are convinced that they have the virus.

What is the justification for the change?

Karin Tegmark Wisell, the agency’s new general director, said in an interview last Saturday that it was no longer “fit-for-purpose to test so broadly”.

“The law clearly states that the interventions made must be balanced against the consequences we see on human health,” she said.

As those who are fully vaccinated are at a lower risk of getting seriously ill and are also less likely to spread infection, she said, the resources used for testing would be better used elsewhere.

What are outside experts saying?

Even Jan Albert, the professor at Stockholm’s Karolinska Institutet medical university has been critical. Albert was one of the Public Health Agency’s most important outside advisors in the early stages of the pandemic.

“I don’t think that that change should have been made on November 1st, we should have kept the same recommendations in place that we’ve had for the whole pandemic,” he said. “Now it’s hard to know if we are still at a stable level or if we are missing more cases than we did earlier.”

Tove Fall, professor of molecular epidemiology at Uppsala University, told SVT that the change could have “quite large consequences”.

“We have less chance of finding outbreaks in time and we actually have a worsened infection surveillance,” she warned.

Anders Vahlne, professor emeritus of clinical virology, and a longstanding critic of Sweden’s strategy, said that the decision was “very unfortunate”.

“We think it is absolutely obvious that we will get a fourth wave in Sweden, so this is the moment when we should be proactive,  and not reactive when we are faced with a situation full of patients in hospitals.”

What has happened to testing since the decision?

According to the latest statistics from the Public Health Agency, the number of people tested dropped a full 29 percent between the week ending October 31st and the week ending November 7th, in a delayed response to the decision. As a result, over the past week, Sweden has had one of the lowest testing rates in Europe. What has happened to infections?

While the average number of new cases a day in Europe has doubled from just over 100,000 at the start of September to over 200,000 last week, Sweden has so far seen only a slight rise in cases over the past few weeks, and currently has one of the lowest rates of infection in Europe.