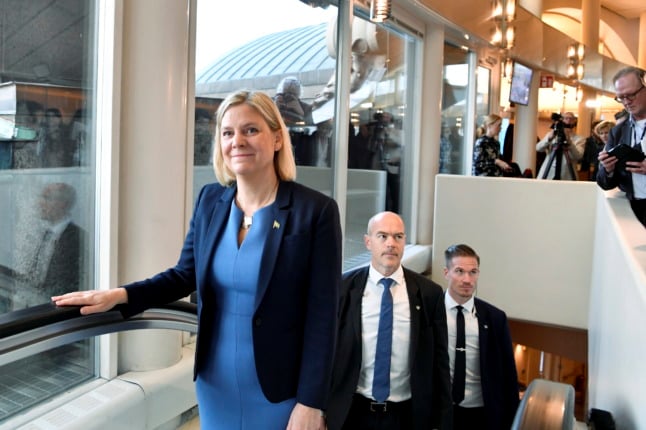 Magdalena Andersson on her way to the vote in parliament. Photo: Jessica Gow/TT

The abstentions of the Centre Party and Left Party, and support of the Green Party and her own Social Democrats, brought Andersson to the the magic 174 mandates – exactly the same as the number of right-wing members of parliament who voted no.

But as under Sweden’s system a prime ministerial candidate does not need the support of a majority in parliament, as long as the majority does not actively vote against them, this meant that Andersson’s bid was successful with a razor-thin margin.

One member of parliament was not present in the chamber and did not vote.

Andersson is now set to formally take over the prime ministerial reins from Stefan Löfven following a meeting with King Carl XVI Gustaf on Friday, giving her nine months to prepare for Sweden’s 2022 general election. But her first challenge will come much sooner than that.

The Swedish parliament is set to vote on the budget for next year at 4pm today. Centre Party leader Annie Lööf said on Wednesday morning that her party would not back the government proposal, which means that the proposal does not enjoy enough support to be voted through.

This in turn means that the right-wing’s opposition budget – negotiated jointly by the conservative Moderates and Christian Democrats and the anti-immigration Sweden Democrats – is likely to pass, meaning Andersson may have to govern on that budget.

It will be the first time Sweden is run on a budget negotiated by a far-right party.

Before announcing his departure as prime minister and leader of the Social Democrats, Löfven had already threatened to resign if the opposition’s budget passed, but now-outgoing Finance Minister Andersson has so far not made such a commitment.

Gender-equal Sweden has never before had a woman as prime minister. Denmark, Norway, Finland and Iceland have all seen women lead their governments.

After being confirmed as the Social Democrats’ new leader, she said she wanted to “take back democratic control of schools, healthcare and elderly care”, and move away from welfare sector privatisation.

She also said she aimed to make Sweden a worldwide role model in climate transition.

And she vowed to end segregation, as well as the shootings and bombings that have plagued the country in recent years – usually due to gangs settling scores or battling over the drug market – mainly affecting disadvantaged neighbourhoods with large immigrant populations. 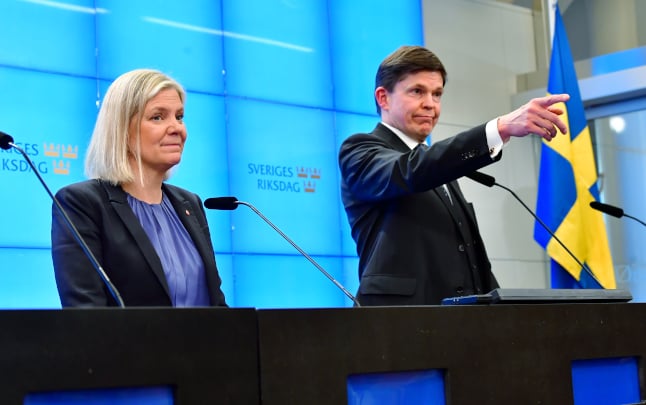 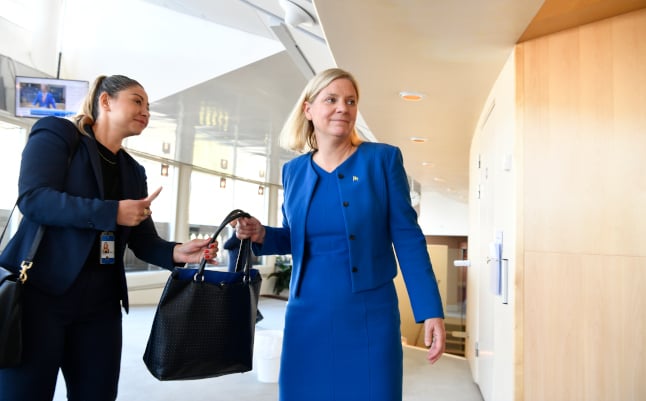 POLITICS
ANALYSIS: What are Magdalena Andersson’s plans for Sweden as prime minister? 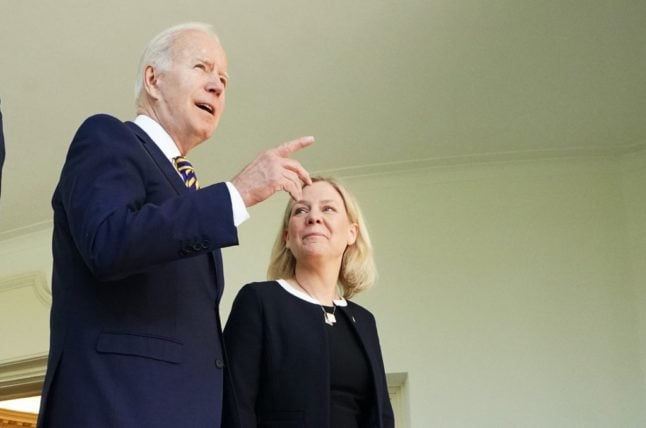 With the red-carpet pomp of a White House visit, Biden welcomed Swedish Prime Minister Magdalena Andersson and Finnish President Sauli Niinisto days after they formally announced their NATO aspirations and said he was submitting their applications to the US Congress, where there is bipartisan support for ratification.

“They meet every NATO requirement, and then some,” Biden told assembled reporters without taking any questions.

But the two nations both moved ahead amid shock over their giant neighbour’s invasion of Ukraine, which had unsuccessfully sought to join Nato.

With Russia voicing anger over the Natuo bids, Biden said he told the Nordic leaders that the United States would “remain vigilant against the threats to our shared security.”

The United States will work to “deter and confront any aggression while Finland and Sweden are in this accession process,” Biden said. Drawing an implicit contrast to his predecessor Donald Trump, Biden called Nato’s mutual defense promise a “sacred commitment.”

“We will never fail in our pledge to defend every single inch of Nato territory,” Biden said.

But membership requires consent of all 30 existing members and Turkey has voiced misgivings. Turkish President Recep Tayyip Erdogan has accused the two nations of backing “terrorism,” a reference to the presence in Finland and especially Sweden of Kurdish militants from the separatist PKK.

Addressing Turkey, Niinisto said Finland was “open to discussing all the concerns that you may have concerning our membership in an open and constructive manner.”

“We take terrorism seriously. We condemn terrorism in all its forms and we are actively engaged in combating it,” Niinisto said.
Andersson said that Sweden is hoping for a “swift ratification process by Nato members.”

“We are right now having a dialogue with all Nato member countries, including Turkey, on different levels to sort out any issues at hand,” she said.

Until Turkey’s objections, US officials voiced hope for ratification in time for a Nato summit next month in Madrid.

POLITICS
ANALYSIS: What are Magdalena Andersson’s plans for Sweden as prime minister?
Url copied to clipboard!