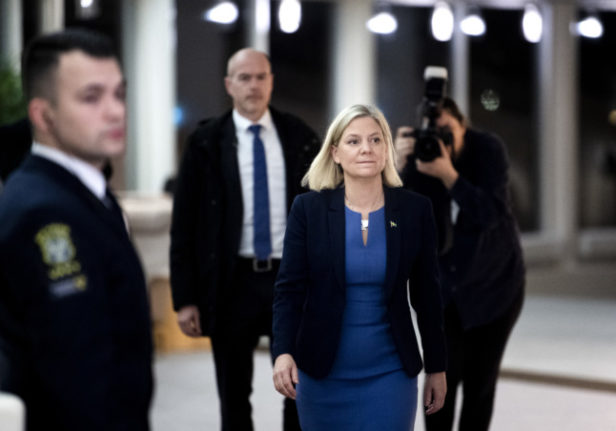 Magdalena Andersson on her way to the press conference on Wednesday evening where she announced her resignation. Photo: Pontus Lundahl/TT

What has happened so far?

Half an hour later, around 4.30pm, junior coalition partners the Green Party resigned from government, stating that they were unable to be part of a government acting on a right-wing budget partly negotiated by the far-right Sweden Democrats, and objecting to environmentally-unfriendly clauses in the new budget about lowering tax on petrol and diesel.

This, in turn, prompted Andersson to resign at about 5.30pm that evening, stating that she could not “lead a government where there is any reason to question its legitimacy” – referring to the fact that the Greens’ departure meant that the government constellation that parliament had voted for earlier in the day had changed.

Speaker Andreas Norlén has nominated Magdalena Andersson as prime ministerial candidate once again, with the vote to take place in parliament on Monday.

Andersson is expected to be re-elected, with the Centre Party, Left Party and Green Party confirming on Wednesday that they would approve (or accept, as a prime ministerial vote needs no more than a majority of abstentions) her nomination just like they did the first time, as long as current agreements between the parties are kept.

READ MORE: So… who is the prime minister of Sweden right now?

This would mean that Sweden would have its first entirely Social Democratic government in 15 years – the last time a one-party Social Democrat government was in power was in 2006, where Andersson was state secretary of the Finance Ministry under then-prime minister Göran Persson.

However, this doesn’t necessarily mean that it would be easier for the Social Democrats to govern Sweden – their government would still be a minority government, with support from only 100 of parliament’s 349 members, requiring careful cross-party negotiation to introduce policy.

What happens if Andersson is not re-elected?

If Andersson loses a second vote, there are a few different possibilities.

Moderate leader Ulf Kristersson may be offered the opportunity to put his own candidacy to a vote – which he would probably lose based on the current alliances in parliament – although at this stage, anything seems likely.

The speaker has four chances to nominate a new prime minister, so if neither Andersson nor Kristersson wins, and the situation remains blocked, there would be a snap general election.

Does this mean that the government’s budget proposal can be approved?

No. Whatever happens, whoever ends up in government, the budget proposal approved on Wednesday afternoon must be followed – at least until spring, where the government can put forward new proposals for their spring budget. 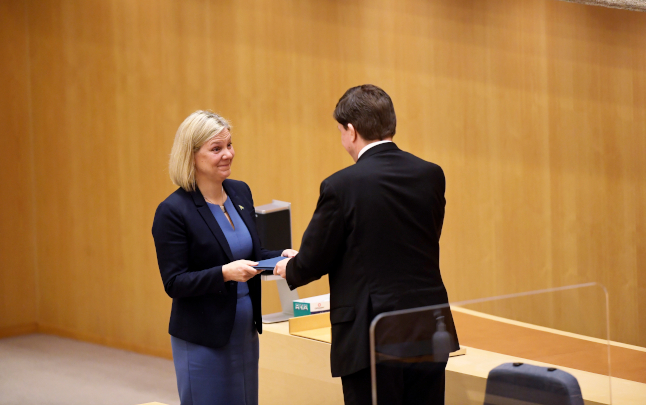 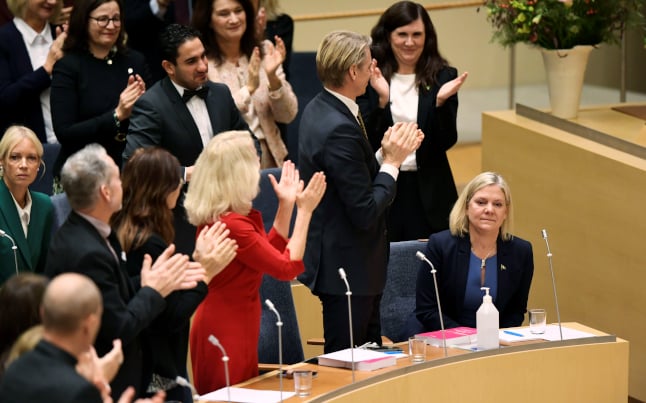 POLITICS
So… who is the prime minister of Sweden right now?
Url copied to clipboard!