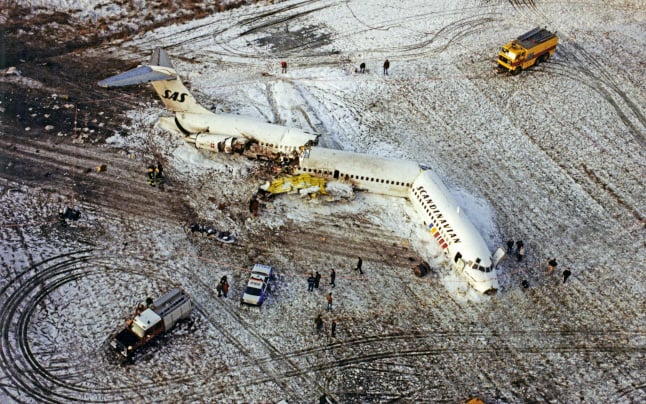 On December 27th, 1991, the wind was moderate, the temperature was around zero and it was snowing. Scandinavian Airlines flight 751 took off from Stockholm Arlanda at 8.47am, bound first for Copenhagen and then onto Warsaw.

Four minutes later, it crash-landed after both engines stopped working.

The flight attendants instructed passengers to adopt the brace position. And co-pilot Ulf Cedermark said: “We are crashing to the ground now.”

The plane first hit the trees. The right wing was torn off, almost completely. It struck the ground tail-first, breaking off its tail cone. Passengers were thrown back and forth in their seats. The plane slid over a ditch and the fuselage broke off in two places before stopping in a field near Vängsjöberg farm in Gottröra, Uppland, less than 20 kilometres north-east of the airport.

According to the newspaper Expressen 20 years later: “What could have been the worst plane crash in Sweden’s history was instead a Christmas miracle where everyone survived. Many received cuts and minor injuries, and the most seriously injured passenger was wheelchair-bound for life. But most got out of the wreck on their own.”

Other than four people, all those on board made their own way from the downed plane.

Radio Uppland reported at the time: “The majority of passengers were miraculously seen parading in one long caravan towards the nearest house.” Passengers being helped on to a bus after the crash. Photo: Jan Collsiöö/TT

The plane, a US-built McDonnell Douglas MD-81 called Dana Viking, had sat overnight in Stockholm in freezing temperatures. While it went through the regular de-icing process, some clear ice remained on the wings, seemingly invisible to the pilots.

Shortly after the plane took off, a chunk of ice from the top of the right wing fell into the engine. The pilots noticed an abnormal low humming noise. After 25 seconds, the right engine started to surge uncontrollably. Just 40 seconds later, the left engine also started to malfunction. There were a series of bangs and jolts.

An off-duty pilot, Per Holmberg, noticed that something was wrong and rushed to the cockpit to help. In a matter of minutes the three pilots made the decision to make an emergency landing in a field, narrowly missing some houses on their descent. All 129 people on board survived. Photo: Rikard Collsiöö/TT

The plane was totally destroyed. But landing on snow served to cushion the blow and prevented sparks from igniting the full fuel tanks so the craft didn’t catch fire.

At the scene of the crash one of the passengers, Göran Örjas, said: “It’s a miracle. I was very lucky. The plane went down slowly first, then it went down very quickly.”

After the plane came to a stop, dazed passengers climbed out of the wreckage. They cried, laughed, and hugged people they did not know.

The Prime Minister at the time, Carl Bildt, said: “It seems to be a miracle that everything went so well.” The aircraft body was salvaged and taken to Arlanda Airport. Photo: Tobias Röstlund/TT

The pilots and crew were hailed as heroes. The pilots received medals from the Danish Queen and Swedish King and were widely credited for making a skilled emergency landing in a dire situation.

But for Rasmussen, the resulting PTSD was so great that he stopped flying commercially. Despite suffering from severe tinnitus due to the crash, he makes music, and this year published his second book “Du ska’ ikk’ spør’e mig…” (“You should not ask me…”).

The Swedish co-pilot, Ulf Cedermark, is now 64 and continues to fly as a captain with SAS.

While there were no fatalities, it’s an event that changed 129 human lives forever. 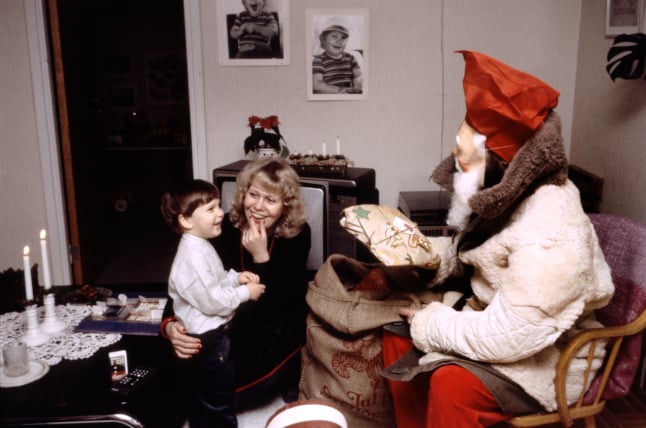 CHRISTMAS
The forgotten history behind Sweden’s most bizarre Christmas traditions