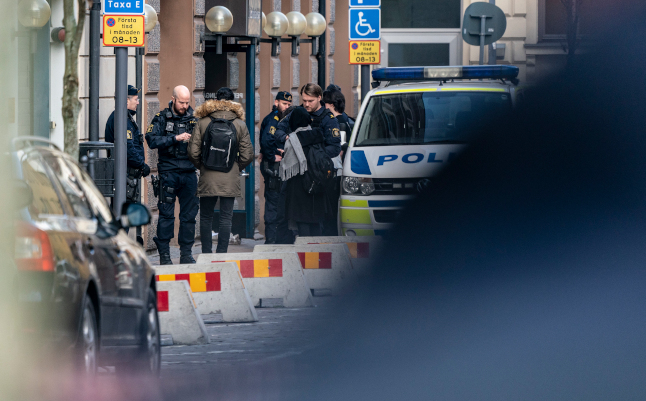 A teenage boy is being held on suspicion of injuring a teacher and student at a school in Kristianstad, southern Sweden. Photo: Johan Nilsson/TT

Prime Minister Magdalena Andersson has invited her fellow party leaders to cross-party talks about security politics on Wednesday. Swedish news agency TT reports that the talks will be held alongside discussions about the Covid situation in Sweden.

They come after the Social Democrat leader pushed back against Russia’s demand that Nato rule out future eastward expansion, underlining her country’s right to set its own alliances. In this analysis, The Local’s writer Richard Orange looks at whether Russia’s hardline stance might actually make non-aligned Sweden more likely to join Nato.

Some Swedish regions are asking their residents not to get tested for Covid-19 if they have only mild symptoms. This is not in line with Sweden’s general recommendation, but the regions say it’s necessary due to them not coping with the rush for PCR tests amid a rapid increase in Sweden’s infection rate, reports public broadcaster SVT.

In Dalarna, residents were told not to get tested yesterday and today unless they worked in the healthcare and social care sector, due to laboratories being pushed to the limit. In Västerbotten, a shortage of PCR tests prompted the region to change its guidelines so that people who got a positive result on a rapid test do not need to get a PCR test.

If unsure about whether or not to get tested, it is best to find the contact details for your region on the 1177.se healthcare website and ask. If you have Covid-19 symptoms but can’t get tested, you should still act as though you have a confirmed Covid infection and stay at home for a week, ending quarantine only after you’ve been well for two days.

The key things to know about Sweden’s new Covid restrictions

Swedish authorities on Monday presented a series of new Covid measures which will come into force tomorrow. The new measures – which include both restrictions and recommendations – are expected to be in place until the middle of February.

“It is undoubtedly the case that the situation has deteriorated. The spread of infection in Sweden is at historically high levels,” Prime Minister Magdalena Andersson said.

Here’s a full list of the new measures (in English).

Teenager held in Sweden after two injured in school attack

It took seven minutes for police to arrive at the scene of a school in Kristianstad, southern Sweden, and arrest a 16-year-old boy after a teacher and student were stabbed on Monday. The student received serious injuries and the teacher minor injuries.

The boy is now suspected of attempted murder, with broadcaster TV4 reporting that there may be a connection between this attack and the one in the nearby town of Eslöv last year, when a 15-year-old boy with Nazi sympathies stabbed a teacher.

Police would not confirm any links or possible motives, but according to TV4 the Eslöv attacker and the Kristianstad suspect “knew each other, had been in touch with each other over the internet and shared an interest in school attacks”. 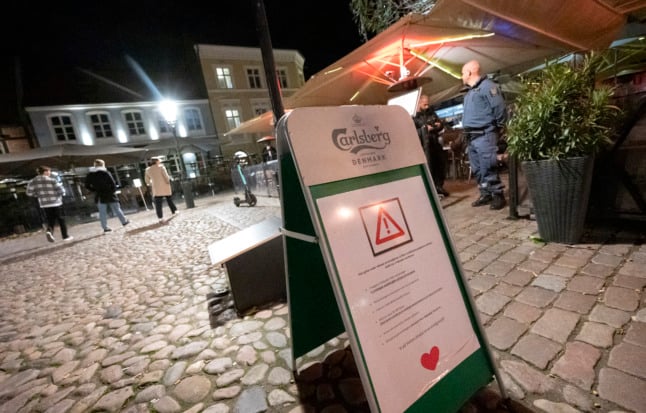 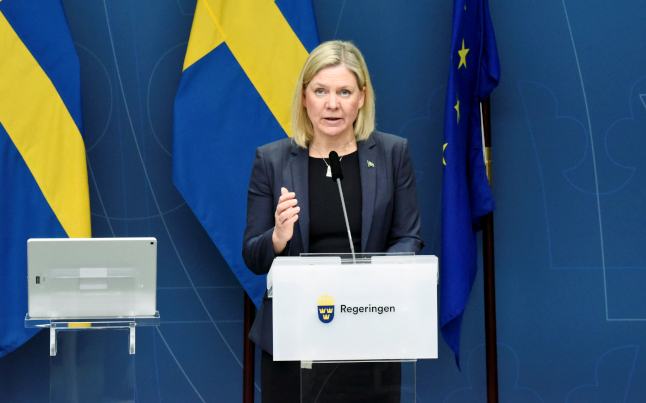 Sweden to set aside 30 billion kronor to lower energy bills

The Swedish government wants to introduce ‘high-price protection’ to lower energy bills, with state-owned energy authority Svenska Kraftnät setting aside at least 30 billion kronor of energy profits to do so.

“Today we have a very important message,” Prime Minister Magdalena Andersson said in a press conference announcing the measures. “We want to introduce high-cost protection for current high energy prices.”

She blamed energy prices on Russian President Vladimir Putin and his war on Ukraine.

Sweden’s Left Party is demanding minister positions to support Andersson as Prime Minister after the election, with the party’s leader Nooshi Dadgostar saying it is an “absolute demand”.

The demand suggests there could be problems for  Andersson after the election, as the Centre Party’s leader Annie Lööf has ruled out sitting in the same government as the Left Party.

Two weeks ago a cloud of radioactive steam was released into the reactor hall at Sweden’s Barsebäck nuclear power station, with six people exposed.

The accident took place during the cleaning of the decommissioned power station, which began in 2016 and will be followed by a total dismantling of the plant by 2030.

None of those exposed to radioactive Cobalt-60 received a higher dose than allowed under the agency’s rules.

“All of them have been checked and the measurements show that the levels are not health-threatening,” said Maria Taranger, head of communications at Uniper, which is carrying out the cleanup.”

The populist Sweden Democrat party has called for nine and ten year-olds to be given community service punishments which will have a “humiliating effect” to prevent them being drawn into crime.

“This is a form of community service with what I call a “status-destroying” purpose,” the party’s justice spokesperson Tobias Andersson said. “The idea is that these children will receive a lower status in the criminal circles they move in.”

The services might include picking up chewing gum and cigarette butts off the street, or cleaning graffiti.