The Swedish government has pledged to offer a cash boost to households affected by high electricity bills. Photo: Fredrik Sandberg/TT

The Swedish government in January announced proposals to offer a cash boost for electricity bills in December, January and February.

Due to historically high energy prices in Sweden (and Europe) some households saw their December bill more than double compared to last year, in some cases adding up to increased costs of thousands of kronor. Prices have so far been going down in January, however.

Negotiations between the government, electricity companies, authorities and parliament are complete, so it is now possible to see just how compensation is going to be allocated.

Who is eligible for the compensation?

The compensation will be based on consumption rather than income, with the maximum offered to those using more than 2,000 kWh per month. The maximum amount of cash back will be 2,000 kronor per month ($223), so it will be capped at a total of 6,000 kronor.

Households that consume less electricity than 2,000 kWh per month will also be able to get money back, but not as much.

To receive any form of compensation, a household must have used at least 700 kWh per month. If this is the case, users will receive 100 kronor for that month.

Here is a breakdown of the scale:

The fact that it will be based on consumption also means that it will not take into account the actual cost of your electricity bill. Electricity prices are generally higher in southern Sweden than in northern Sweden, but they will both get the same level of compensation.

The compensation will be handed out regardless of whether you have a fixed-rate or variable-rate contract with your electricity supplier. The latter usually works out cheaper in the long term, but is more affected by fluctuations – which means that people with a variable-rate contract will have been hit much harder by the record-high prices this winter, unless they had already prepared by saving up money in better times.

The compensation can be paid out to apartments or houses, but in practice it is more likely that houseowners, who usually consume more electricity, will be covered by the proposal. Many people in apartments pay their electricity bills only through their housing association fee.

According to the government’s estimate, around 2 million households across Sweden will be eligible for the compensation, but it is not entirely clear exactly who will be able to get it. “Not everyone will get compensation. Generally those with detached homes or small homes which are heated by electricity will be covered by this proposal,” said Finance Minister Mikael Damberg when he unveiled the plans.

How do you claim cash back on your energy bill?

You will not claim it back yourself. Compensation will be paid out automatically by electricity providers to eligible households in Sweden.

Funds will be available to electricity providers at the end of February at the earliest, after a parliamentary vote on whether to alter the budget to include this compensation is carried out.

This means that users are unlikely to receive compensation before March, so it won’t help you pay your December bill right now, and you won’t get a lower bill for January or February. 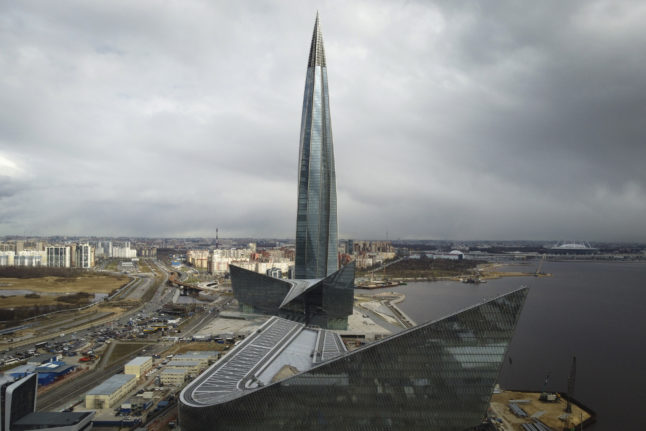 The company’s chief executive Anna Borg said in a press release on Tuesday that the first new reactors could come into operation by the early 2030s, “provided that a pilot study concludes that it would be profitable and all other conditions for a future investment decision are met, in particular, new regulations for nuclear power”.

The statement comes at a time when Sweden’s right-wing opposition has politicised the issue of nuclear power, criticising the Social Democrat-led government for allowing the the first two nuclear power plants built at Ringhals near Gothenburg to be decommissioned in 2019 and 2020, five years earlier than intended when they were built.

“I think it’s fantastic and exciting news that Vattenfall wants to invest in new nuclear power in southern Sweden,” said Carl-Oskar Bolin, chair of the Swedish parliament’s business committee. “This is exactly what’s required to stabilise power prices in the long run.”

Johan Pehrson, leader of the Liberal Party, accused the Social Democrats of using the power company to play political games.

“S [the Social Democrats] has woken up and realised that they can’t win the election by making Sweden cold, and handing over a dead world to our children,” he said.

Borg told the TT newswire that new nuclear power might be required to meet the demand for emission-free energy.

“We need to find a way forward to meet the increased demand that there is,” she said, pointing out that the number of nuclear power stations in operation in Sweden had fallen from ten to six over the last seven years.

According to the global nuclear proliferation watchdog, the IAEA, there are several SMRs already under construction, and one, a floating reactor in Russia, already under operation.

Vattenfall said that it planned to carry out a preliminary study in 2023 and 2024, looking at different designs, before giving the green light for construction to start towards the end of the decade.

SMRs produce around 300MW, about the same as a gas fired power station, and much less than the 1,100MW produced by one of the modules at the power stations built in the 1970s in Sweden.

As they can be built at equipment suppliers and then shipped to the site where they will be located, they are expected to be cheaper than the current generation of nuclear power plants, which have historically seen enormous cost overruns and delays.