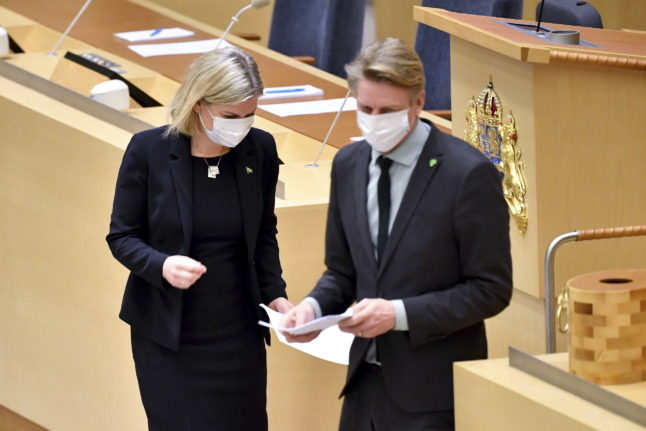 “The Prime Minister has tested positive for Covid-19 in a rapid test. She’s following the current recommendations and will carry out her work from home,” Andersson’s press secretary told the TT news agency on Friday, adding that Andersson would now get a follow-up PCR test.

The Social Democrat leader is feeling well under the circumstances, reports TT.

She is now the third party leader to test positive for Covid-19 this week.

Centre Party leader Annie Lööf announced on Wednesday evening that she was symptom-free but had received a positive result on a rapid test, which she chose to take after someone whom she had met at the end of last week began to show symptoms and tested positive.

On Thursday morning, Green Party leader Per Bolund then announced he had also got a positive result back on a rapid test.

The three leaders all attended the Swedish parliament’s first party leader debate of the year on Wednesday. On the same day they also attended a two-hour meeting with other party leaders, where they are said to have kept a two-metre distance to each other, reports TT.

Andersson also got tested on Thursday, and then got a negative result.

TT reports that leaders of the Christian Democrat, Left and Liberal parties have also tested negative.

Moderate leader Ulf Kristersson had a confirmed Covid-19 infection the week before Christmas. 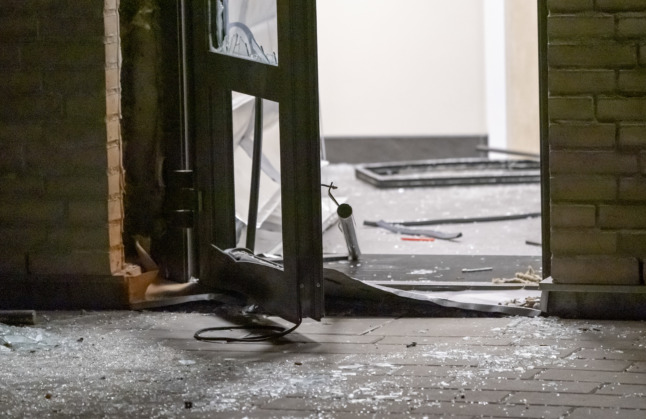 Today in Sweden: a roundup of the latest news on Friday