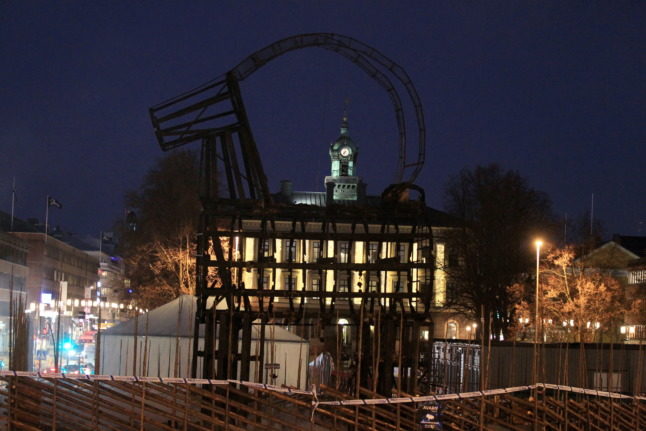 The 13-metre-high giant straw goat (julbock) in the Swedish east-coast town of Gävle is famous around the world for being set on fire (illegally). Since its inception in 1966, the Gävlebock has burned down 30 times. It last burned down in 2016.

If it had survived this Christmas season, it would have been a historic year for the goat, which has never survived five consecutive years before.

But it met its demise just a week before Christmas. Police shortly thereafter arrested the man, who had soot on his hands. He was also caught on CCTV crawling up to the goat and lighting it on fire.

Gävle District Court on Thursday found the man guilty of “inflicting gross damage” (grov skadegörelse) and ordered him to pay 109,082 kronor ($12,000) in compensation to Gävle municipality, according to court documents seen by The Local.

The man, dubbed in Swedish media as the bockbrännare or “goat burner”, had originally accepted the charges and the compensation, but changed his mind on the first day of court hearings, local media reported at the time.

He explained that he had been drinking hand sanitiser on the night of the incident, and that he was drifting in and out of consciousness.

When the man was questioned, he said that he thought the man caught on security footage had a longer beard, but that he might have borrowed his clothing, the TT newswire reports.

The man eventually came to the conclusion that he neither admitted to nor denied committing the crime.