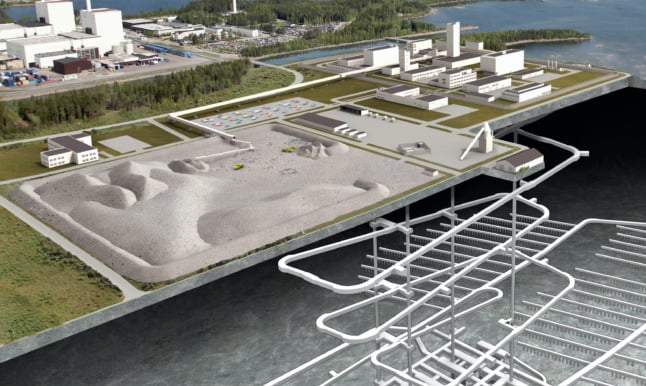 Sweden’s government announced on Thursday it was approving a plan to provide a final storage place for radioactive spent nuclear fuel by burying it in metal containers deep in bedrock.

The site of the final storage will be a facility in Forsmark, which is also the home of one of Sweden’s three nuclear power plants, about 130 kilometres (81 miles) north of Stockholm.

“We are doing this to take responsibility, both for the environment and for people, but also for Sweden’s long-term electricity production and Swedish jobs,” environment minister Annika Strandhäll told a press conference.

Although the repository has been approved, new safety tests are required before the system can be put into practice. The Swedish Radiation Safety Authority (SSM) will be required to carry out a step-by-step test of the project.

This, in turn means that the Swedish Nuclear Fuel and Waste Management Company (SKB), the company in charge of the repository, will have to provide updated safety analysis to SSM for approval before building can commence.

The solution is called KBS-3 and has been decades in the making. It relies on placing the waste in iron casings surrounded by massive copper tubes which are slid into crystalline bedrock in a tunnel 500 metres (1,640 feet) underground and then sealed in with bentonite clay, thereby creating several barriers to protect against the radiation escaping.

“With today’s decision we, together with Finland, become world-leading in this area,” Strandhäll said.

The Swedish-developed technology is also being employed at the Onkalo spent nuclear fuel repository being constructed in Eurajoki in Finland.

The Finnish site is due to receive the first test shipments in 2023 and be operational in 2025.

SKB, the company behind the Swedish project, hailed the “historic decision” while Greenpeace deplored it as one decision with “100,000 years of consequences”.

The environmental NGO accused the government of ignoring “heavy criticisms from independent scientists” who “have shown that the copper capsules risk corroding much faster than foreseen”.

Some of 7,500 tonnes of spent nuclear fuel is currently being stored at the mid-term storage facility in Oskarshamn on Sweden’s east coast where the decision was welcomed by the municipality.

“It’s been 44 years since our municipality approved the mid-term storage with the reservation that it absolutely should not be seen as any final storage,” Andreas Erlandsson, mayor of Oskarshamn said in a statement.

“I welcome that we now have an environment minister who has taken her part of the responsibility,” he added.