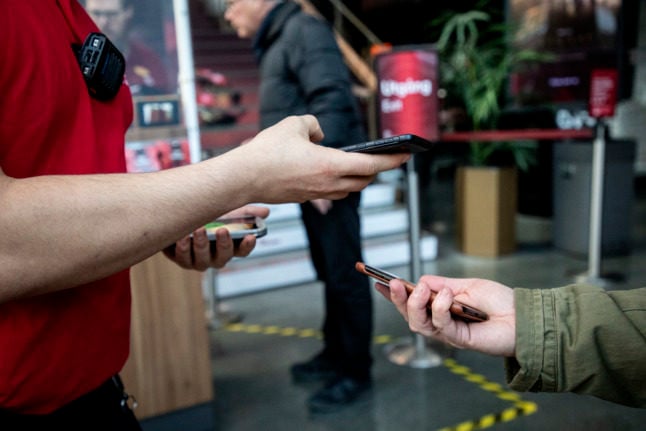 Vaccine passes are now available for Swedish residents who have been vaccinated against Covid-19 in third countries. Photo: Christine Olsson/TT

Vaccination certificates for Swedish residents who have been vaccinated against Covid-19 in third countries are available from February 1st in Stockholm, and March 1st in Malmö, Gothenburg and Luleå.

Applicants must visit a service office in person in order to apply for the certificate.

Sweden currently uses vaccine passes at public events with more than 50 attendees, as well as for travel, but the government has granted the Public Health Agency the power to extend vaccine passes to restaurants and other venues, if it believes it is necessary.

The service is available to those with a registered address in Sweden, and a digital mailbox.

Health Minister Lena Hallengren told a press conference on January 26th that Sweden may lift most of its Covid restrictions starting February 9th, if the ongoing outbreak of the Omicron variant peaks by then and the vaccination rate continues to increase.

Sweden’s restrictions currently include, among other measures, mandatory Covid vaccine passes at public events with more than 50 people, 11pm closing time for bars and restaurants, a maximum number of people per square metre in shops, and an entry ban for many non-EU arrivals. Adults are also recommended to work from home, limit their close contacts and wear a face mask on crowded public transport.

The government and health authorities have not specified which restrictions could be eased on February 9th, saying only that they will be lifted in steps – not all at once – and that a more detailed plan will be presented this week.

The Coronavirus Commission, or Coronakommissionen, was set up by Sweden’s government in June 2020 to investigate the country’s handling of the pandemic. Headed by the judge Mats Melin, the commission’s investigation has been divided into three parts.

The third report, which is due to be published on February 25th, will tie all of the commission’s findings together and give an overall assessment of what Sweden did wrong and what needs to be improved.

Sweden’s government was accused of a cover-up earlier in January, with the commission complaining that it had still not been given the minutes or records from crucial meetings, and the Swedish Government Offices, or regeringskansliet, claiming that no such records existed.

Read more on the accusations in our article here.

February 14th is Valentine’s Day, or Alla hjärtans dag (“All hearts’ day”). Valentine’s Day is a relatively recent import to Sweden so it’s not always celebrated among couples, but make sure to check with your partner before you forego a card this year.

If you’re single and looking to find yourself a Swede, look no further – here are some of The Local’s guides from our archives to help you out:

February school holiday dates or sportlov in Sweden vary depending on where in the country you live, but will consist of one week between February 14th and March 13th.

Here are the dates for 2022 in some of Sweden’s major cities: 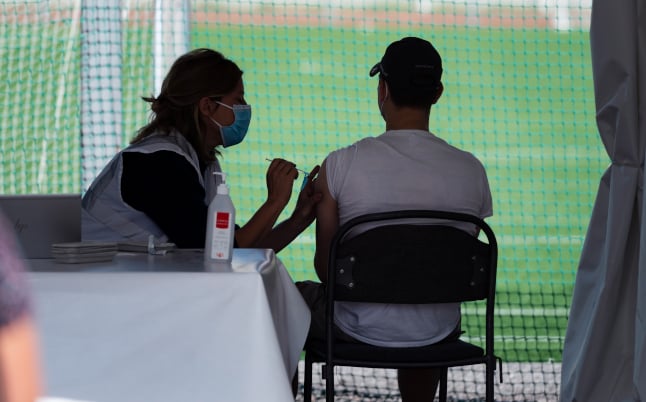 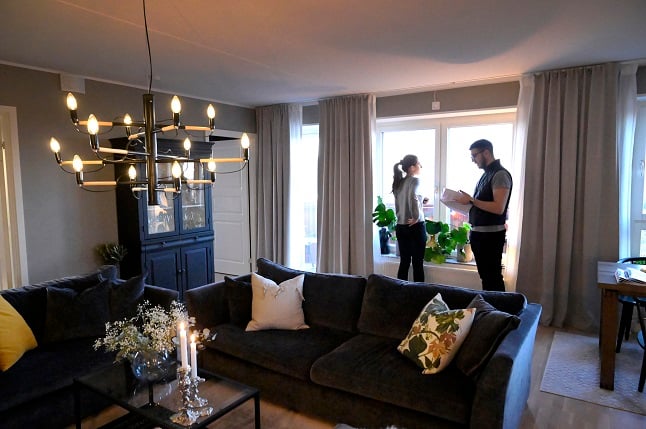 PROPERTY
How does Sweden’s housing queue work, and is it worth joining? 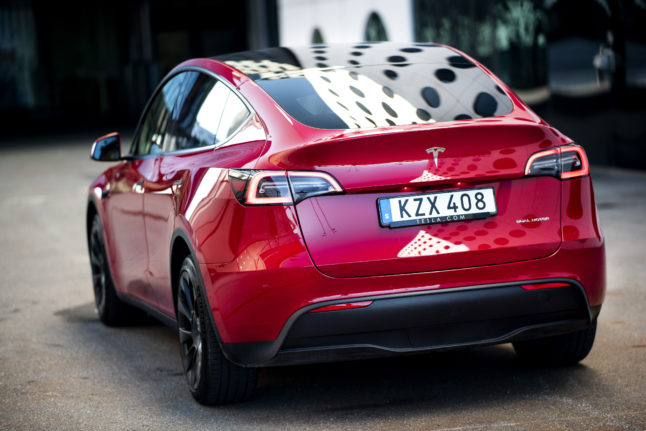 Schoolchildren (and most adults) on holiday throughout Sweden

With schools across Sweden finishing the school year in the last two weeks of June, almost all children in Sweden are on holiday throughout July. Most adults in Sweden also take at least three weeks off in the summer, starting either in the first or second week of July. So if you’re not taking time off, be warned: it can be difficult to get any responses from people you work with, either inside your own company, or in other companies in July.

The Almedalen political festival on the island of Gotland will take place from July 3rd to July 7th. The festival, started by the Social Democrat prime minister Olof Palme in 1968, is the highlight of the political calendar in Sweden, and is particularly important during an election year. This year, the leaders of all eight of the Sweden’s parliamentary parties will participate.

The Local will also be in Visby, Gotland’s capital, for the event to report on the main speeches, and also record a special episode of our Sweden in Focus podcast.

New rules come into force on July 1st which will see municipalities required to share responsibility for providing accommodation to an estimated 23,500 Ukrainian refugees. The new guidelines have been drawn up to prevent a repeat of the situation in 2015 and 2016, when some municipalities ended up having to house a disproportionately large share of the refugees arriving in Sweden. The motion was voted through by parliament on June 21st.

A tougher and simpler terror law comes into force in Sweden on July 1st. The new law removes the limitation period for less serious terror crimes, meaning those suspected of crimes can be prosecuted long after they were committed. It increases the maximum sentence for “associating with a terror organisation” from six to seven years in prison, and it doubles the minimum sentence for “financing, publicly encouraging, recruiting for” terrorism increased from six months to one year.
Farmers can claim tax rebate on diesel
From July 1st, farmers in Sweden can apply for a tax rebate on all diesel they have used between January 1st and June 30th.  The rebate is part of the support package for agricultural companies the government agreed with the Centre Party in April.
Extra payment for families receiving housing benefit
Families with children who are eligible for housing benefit will receive up to 1,325 kronor extra (€124) each month under a measure brought in as part of the spring budget to help people in Sweden deal with the effects of inflation. About 124,000 households in Sweden are eligible for housing budget.
The extra payment for families with housing allowance will apply until the end of December, and will be set at 25 percent of the housing allowance payment received each month.

Sweden to ban all extraction of coal, oil and natural gas

From July 1st, Sweden is banning all extraction of coal, oil, and natural gas on its territory. The decision, announced at the Stockholm +50 conference last month, has been criticised as being purely symbolic, as Sweden does not currently produce any of these fuels.

Electric cars which cost more than 700,000 kronor will no longer receive the government’s climate bonus from July 12th, under changes to the so-called bonus-malus system for cars in Sweden.

In other changes to the rules, cars fuelled by biogas may also be eligible to receive a bonus, while the bonus payment to companies will be capped to 35 percent of the price difference between the electric car purchased and the the nearest comparable conventional car.

The new rules will also reduce the threshold for CO2 emissions from 60g CO2/km to 50g CO2/km, meaning some petrol and diesel cars which were not penalised previously will now start to be penalised.

PROPERTY
How does Sweden’s housing queue work, and is it worth joining?
Url copied to clipboard!