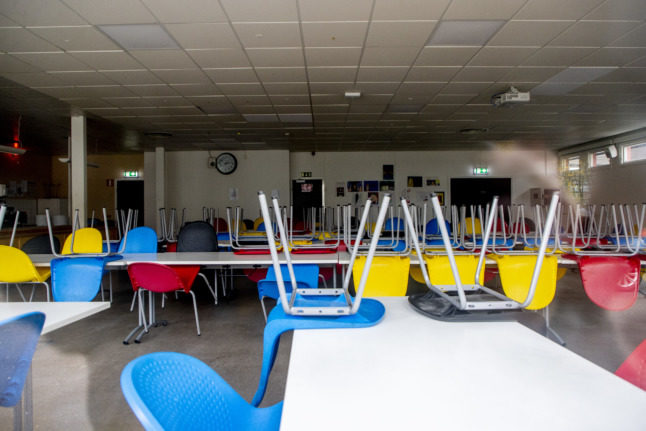 A ban on new religious free schools which had previously been discussed is not going to be proposed at this time, Schools Minister Lina Axelsson Kihlblom stated in a press conference on Friday.

“There is not a majority in Sweden’s parliament today in favour of a ban,” she said.

However, stricter controls will be introduced, partly through the introduction of a so-called “democracy clause” or demokrativillkor.

“I am happy that the government made the decision to propose a law with clearer requirements and stricter rules for confessional [religious] preschools, schools and after-school clubs,” said Axelsson Kihlbom.

The introduction of a democracy clause means that police records must be consulted when carrying out checks on school owners and leadership. Stricter requirements on reporting a school’s profile will also be placed on the organisations in charge of schools. These organisations will also be required to inform students’ parents or guardians if any religious activities are introduced to the school.

The proposal comes after a series of serious issues detected in free schools with a declared or unofficial Christian or Muslim focus.

Some of these issues include teaching influenced by religious beliefs, as well as certain individuals linked to Muslim free schools who have been deemed a security threat, sympathetic to the Islamic State, or sentenced for serious economic crimes, the TT newswire reports.

Religious schools are unusual in Sweden, unlike other countries, and are not run by the state. According to the Swedish Association of Independent Schools (Friskolornas Riksförbund), a school’s religious profile should not have any effect on the content of lessons, and schools should follow the standard Swedish education programme. It is, for example, not permitted to teach boys and girls separately, even for religious reasons.

Instead, a religious profile means that voluntary religious activities are provided alongside educational activities, such as prayer or a different menu in the school cafeteria reflecting a specific religious diet.