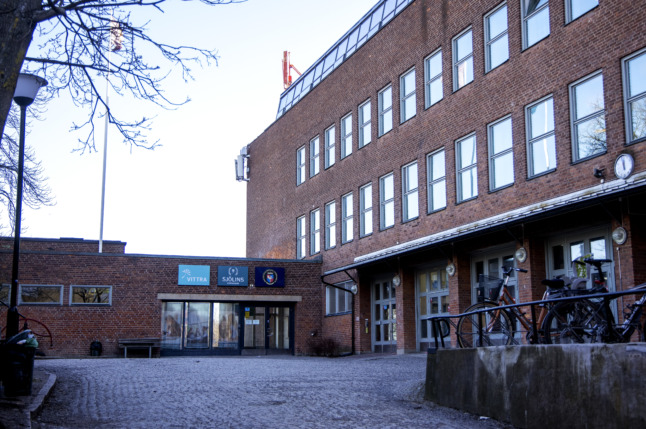 Three free schools who could be affected by the proposal: Vittra Jensen, Sjölins gymnasium and ProCivitas gymnasium in Södermalm, Stockholm. Photo Stefan Jerrevång/TT

The new proposal would mean that state schools would get more money per student than free schools, to reflect their extra responsibilities – such as the need to be able to guarantee that there will always be enough places for students in need and the fact that they must accept all students, not just those who are most likely to succeed.

Andersson stated that more proposals were to come, including a ban on mobile phones in class, and “stricter proposals so that the process of choosing a school will be more equal for all students, with equal chances and opportunities for all”.

What are free schools?

Since reforms carried out by the then centre-right government in the 1990s, independently run “free schools” (friskolor, or “charter schools”) have been allowed to receive public funding in return for following national education policy, and parents are able to freely enrol their child at them without being tied to geographical catchment areas.

For proponents, the schools contribute to a cost-effective, competitive and efficient approach to learning, where talented students are allowed to shine and choose their own future. For critics, they increase segregation, lead to grade inflation and put the schools’ focus on marketing themselves to attract as many students (and thereby funding) as possible, rather than improving the quality of teaching.

Not all free schools are run by profit-making companies, but some are. They’re facing renewed scrutiny in Sweden following a series of reports in Swedish newspapers, including The Local. The ruling Social Democrats are also preparing to campaign in this year’s election on a pledge to forbid the owners of free schools from taking out profits while at the same time receiving funding from the tax payer.

Why does the government want to reform the system?

Firstly, the government argues that reforming the system would make schools in Sweden more equal, meaning that state schools would receive compensation for their extra responsibilities.

In addition, Andersson sees this as a way to “get rid of market schools” – as the for-profit free schools are usually referred to as in Sweden – who, she argues, lead to “increased segregation and greater divides between people”.

What could this mean for students?

It is unclear exactly how this could affect students in free schools, if it comes into effect.

The plan is targeted specifically at what Andersson calls “market schools”, for-profit free schools owned by companies or individuals who, in some cases, states Andersson, use taxpayers’ money “to buy luxury villas on the east coast of Florida or go to sex clubs in Thailand”.

However, there does not appear to be a distinction between market schools and other free schools in the proposal, meaning that all free schools could be affected, if it is passed by parliament.

Some are against the idea, such as Aftonbladet’s Andreas Cervenka, who writes that this “could cause for-profit free schools to lower their costs even more to compensate for the lack of funding, which could lead to fewer teachers, lower-quality school food or messy classrooms”.

The Swedish Association for Independent Schools is also against the proposal. The association’s CEO, Ulla Hamilton, told newswire TT that the association considers it “irresponsible for the government to announce such a proposal”.

“It was very clear that they couldn’t answer questions about what the consequences could be,” Hamilton said.

Hamilton was also concerned that there could be a risk that free schools had no choice but to close, telling TT that “there is definitely a risk. (Education Minister) Anna Ekström has previously said that the reduction could be around 8.5 percent of school funding. That represents a risk for free schools that they can’t make it work financially.”

TT asked Hamilton whether she was of the opinion that every free school in the country could be at risk, to which she replied: “there’s a risk that could happen, it depends on what the effects are”.

With regards to students in state-run schools, it’s not clear how they would be affected by the proposal either, if it were to be approved.

Students in these schools would have more money per head, but neither Kihlblom nor Andersson was able to state exactly how much the difference in funding would be if these changes came into effect.

How likely is it that this will happen?

It seems unlikely that the proposal will be passed. The Swedish National Audit Office (Riksrevisionen) announced last week that they plan to investigate school funding – something which Hamilton thinks will affect the proposal’s chances of making it through parliament.

“I don’t think (that the proposal will be approved). The reasonable thing would be for the other parties to say ‘let’s wait to see what the National Audit Office’s analysis says, and then make our decision’,” she told TT.

Additionally, Andersson herself seemed unconvinced that the proposal would pass through parliament, stating in the press conference that this was “far from certain”.

If it does, the government has set July 1st, 2022, as the date at which the law would come into effect, with any decisions on funding proposed to be effective from 2024. 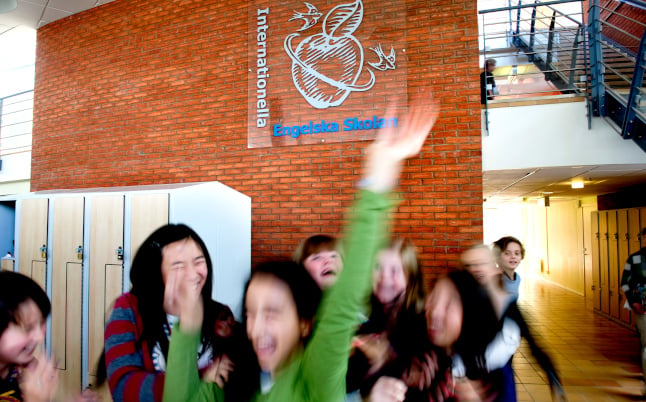 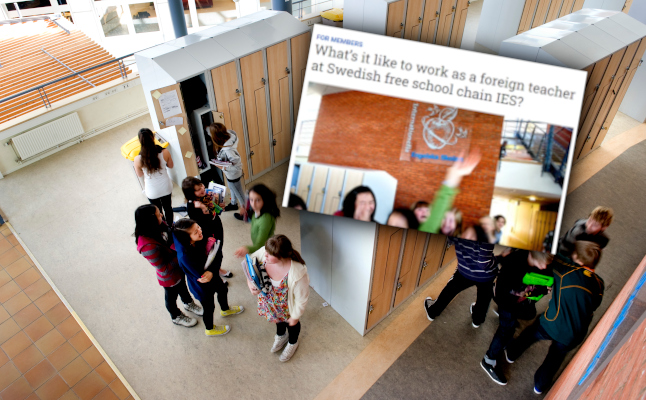 SCHOOLS
Why The Local’s IES story has caused such a stir in Sweden
Url copied to clipboard!