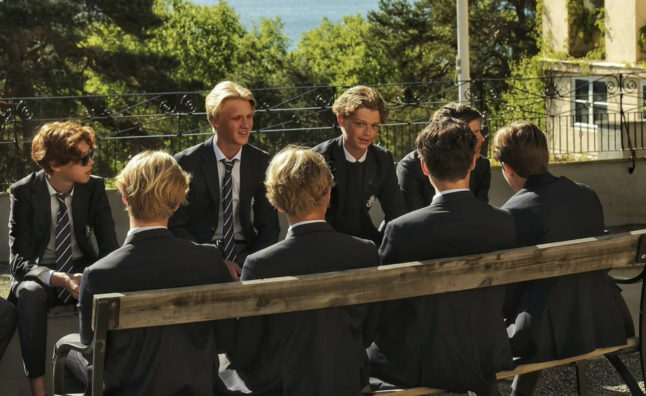 Christina Peters is a languages teacher at Sigtunaskolan Humanistiska Läroverket (SSHL), a coeducational independent boarding school set in the countryside north of Stockholm, and a confirmed proponent of ‘active learning’ .

She sometimes even uses the school’s bucolic setting as a teaching tool. “Especially in spring, I like to send the students out into the grounds with their phones to take a picture of something that inspires them. A leaf or a flower perhaps.”

When the children return to the classroom Christina sets them short exercises. “They need to talk about the object in German.’Okay, what is it? Check in the dictionary for the correct word. Where did you find it? Why did you choose this to photograph? What colour is it?’ Then they will write a short text – or maybe even a poem – about the object to accompany the photo, and we’ll have a little exhibition about it so that others can see it, and maybe they can write something too in German.”

Active learning is a teaching method that focuses on how the students learn, not just what they learn. The technique ensures students are actively engaged in learning and encourages more complex thought processes.

In essence, the student is almost seeing the subject they’re studying in 3D – they’re processing it as a whole rather than as a flat ‘you speak, I listen’ construct.

Ejike Onwueme, a science teacher at SSHL, is a big fan of approaching subjects ‘in the round’, but he’s not such a big fan of using the outdoors to teach unless his students need to collect samples. He likes his students to be active in a different way.

“I like to see my students arguing passionately in the classroom,” he says. “I ask them to research the advantages and disadvantages of something like the use of stem cells. Should we continue to use them or not? I give them 20 minutes and then I ask them to debate. But I generally don’t let them argue for the side they believe in – I tell them which side of the debate to argue for. So that even if they, for instance, disagree with the use of stem cells, they have to argue for the use of stem cells. It’s a wonderful way to get them to see all sides of an issue and it builds their confidence and critical thinking.”

Christina Peters regularly uses her own history to submerge her students in the German language but using a real-life context. “I often tell them about my own history growing up in the old East Germany,” she says. “When we discuss that, I bring in a box with objects from my past. Could be my East German ID card, for example or a report card from my teacher or even a flag. Then I ask a few students to work out what these objects are in German. Then they need to present this information, in German, to the other students. Then they will all discuss my cultural and historical background.”

Ejike believes the advantages of active learning are very obvious. 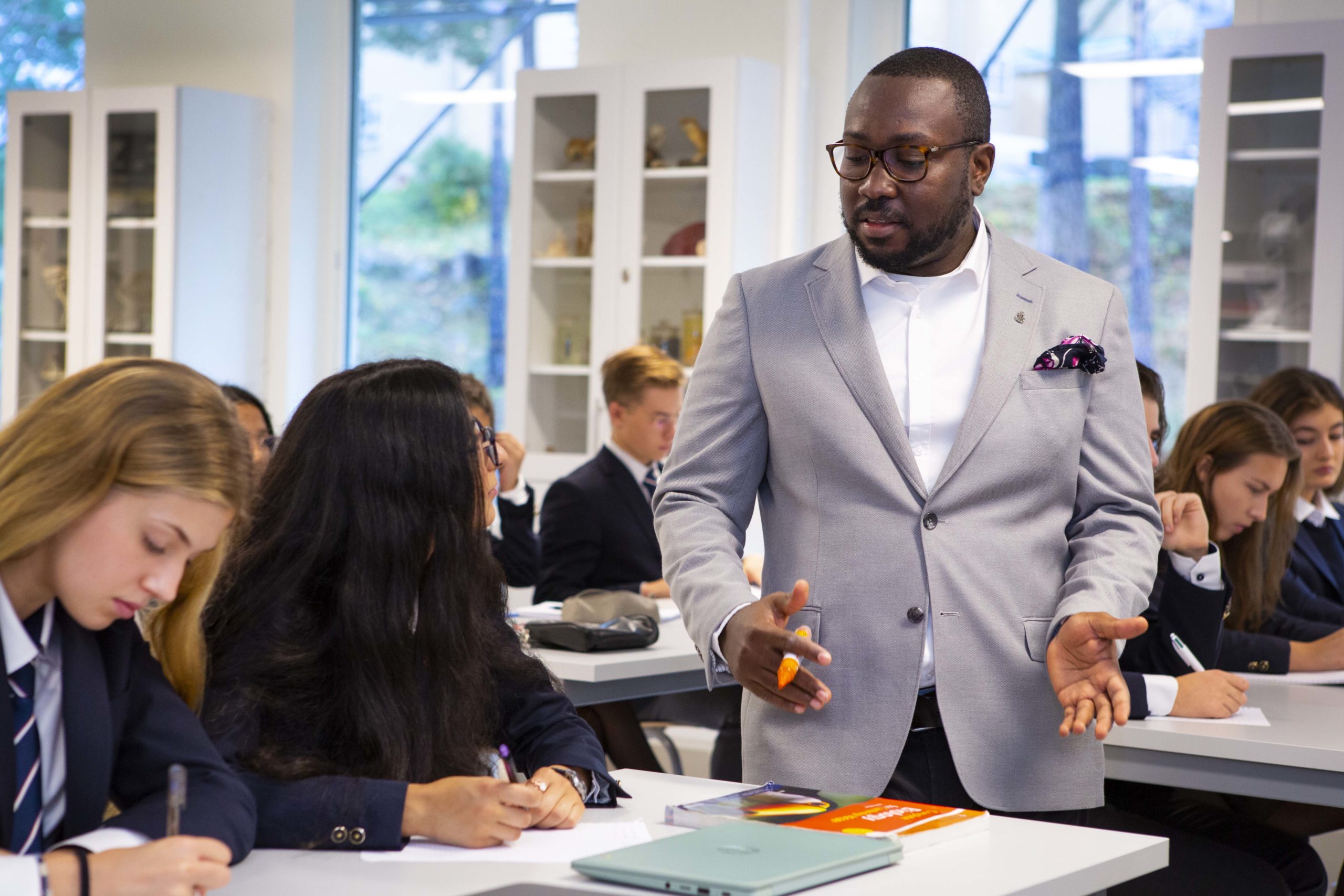 “Active learning is very child-centred because the students themselves have to participate in the process of their learning. They have to make the effort.”

Furthermore, in a “traditional” class, it’s common for the same few students to always participate by asking or responding to questions. By contrast, a class that uses active learning activities provides all students in a class with the chance to think and engage with course materials and practice skills for learning and applying that knowledge. In short, active learning coaxes along shy students in a way that’s just not possible in conventional classrooms.

Shy kids rarely want to stand up in front of a class, according to Ejike. “But active learning slowly builds confidence by getting shy students to work in very small groups, so they can still fully participate in the class.”

“With active learning you don’t see bored students in the classroom. You see the students being more mentally agile. You don’t see sleepy students or students drifting off, because they’re so much more involved in their own teaching process.”

And the benefits don’t end there, according to Ejike. “Another great thing is that you don’t have to wait until the end of the year exams to assess what the students have learned. You see it now, right now in the classroom, right in front of you. Active learning makes assessment immediate and continuous!”

Active learning is just one of the many benefits of sending your child to SSHL. Learn more about the innovative school north of Stockholm – applications are open now. 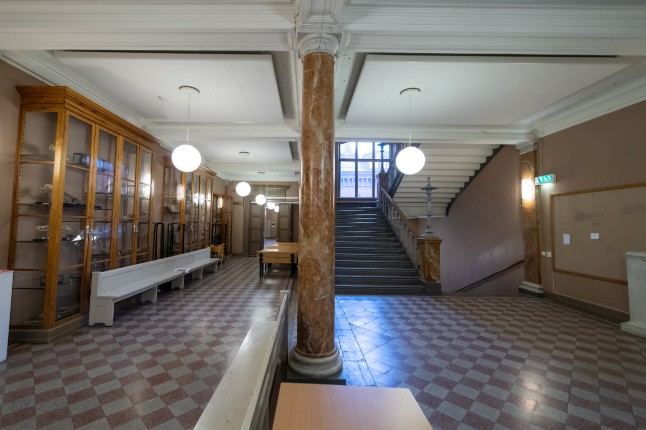 Gymnasiums in Sweden are preparing to receive students for the first time in five months. Photo: Stina Stjernkvist/TT
Sweden shut upper secondary schools on March 17th, the same day it closed universities. This week, they will reopen for the first time.
Many teachers are concerned that it will be in practice impossible to keep even one metre's distance between pupils in classrooms, given the number of pupils.
While headteachers have been given leeway to rearrange the school day to reduce crowding, teachers told DN that this had not happened in practice, with many expected to return to the same classroom, the same schedule and the same number of students they had before schools closed.
Here are some of the recommendations in place.
READ ALSO: How Sweden's schools are adapting to the coronavirus outbreak
Staggered school starts
In Stockholm many gymnasium schools have split their new students into three groups, who will each be given their own school start ceremony, to reduce crowding. Second and third years will start school without any sort of welcome ceremony.
Keep giving digital classes if necessary
While upper secondary schools are reopening, local municipalities and teachers are being given leeway to keep teaching some classes online, particularly if this deemed necessary to reduce crowding on public transport.
In Gothenburg, the city council has told upper secondary schools that they cannot have lessons that start before 9am, that the vocational streams can only have 80 percent of pupils in school at any one time, and the academic streams can only have 60 percent. This means many classes will remain online. Photo: Henrik Montgomery/TT
Increase social distance
According to the guidelines from the Public Health Agency of Sweden, upper secondary schools should increase the distance between seats in classrooms, dining rooms, cafés, and other spaces as much as possible.
If large numbers of pupils gather in a certain area, such as a corridor, dining area, or hall, teachers should try to break them up.
School events with involve large gatherings, such as parent-teacher meetings, sit-down exams, musical performances, and morning assemblies, should be cancelled or rearranged.
Students should stay outdoors as much as possible in breaks and at other times.
Activities which involve close physical contact, such as certain parts of physical education, should be avoided.
Lunches and other breaks should be staggered to reduce crowding.
Hygiene
Hand washing facilities should be made available with soap and paper towels, and hand sanitiser should be available in areas where there are no basins available, such as the entry to dining rooms.
School toilets, tables, and door handles should be washed at least one a day with a mild alkaline detergent.
Teachers and students should stay home if ill
According to Sweden's National Agency for Education, teachers or students who have mild respiratory symptoms which might be coronavirus but which do not require taking time off sick can stay at home and revert to online education if necessary. Photo: Fredrik Sandberg/TT
Teachers and students should stay home if they are in a risk group
Schools should also make provisions for teachers and students who are in a risk group, allowing them to teach or learn online if necessary.
Information
Teachers should make sure that pupils are properly informed about the pandemic and the measures being taken collectively to slow down the spread of the virus, if possible including this in lessons in the relevant subjects.
Schools should also make sure that pupils who need extra help to handle the situation get support.
SHOW COMMENTS
Url copied to clipboard!