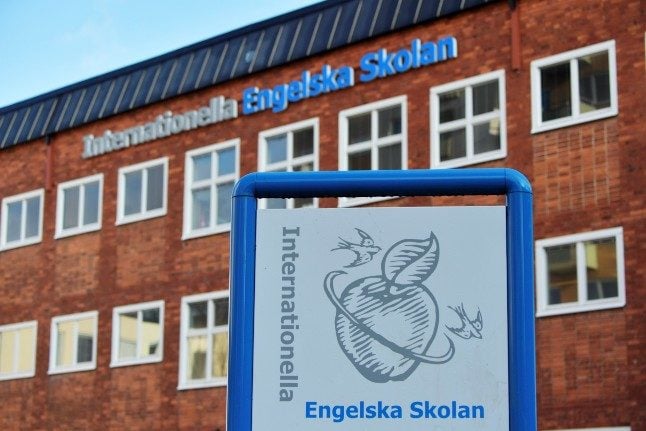 Every year, Pascal Brisson, the Principal of IES Sundsvall, arguably the flagship of the Swedish free school chain IES, heads back to his native Canada to go on a recruitment drive.

He visits his old alma mater, the University of Ottawa, and then moves on to universities everywhere from Vancouver on Canada’s west coast to Halifax in Nova Scotia, visiting careers fairs, meeting careers advisors, and networking with the university’s education departments.

“Canada has been very successful for us, especially in northern Sweden, because the culture and climate are very similar to what we find in Canada. So they tend to adapt quite quickly here. They’re away from home, but they’re still not that far away from home. At just my school here, we probably have, without exaggerating, at least 35 Canadians.”

Richard Barwell, dean of the University of Ottawa’s education faculty, has even visited Brisson’s school.

“They stay here for a long time, and this has led, through word of mouth, to the universities knowing about us and recommending us,” Brisson continues. 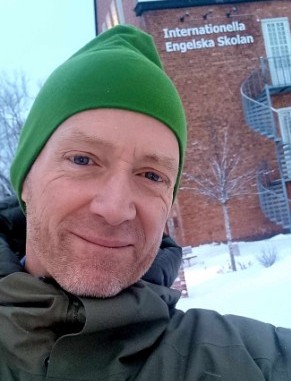 Brisson is not the only IES school principal involved in recruitment. Bringing over young, newly qualified teachers from the English-speaking world is at the very core of the chain’s business model.

Julie Kelly, Principal of IES Länna, does the same job for the US, visiting her alma mater, the University of Minnesota, and other US universities.

Robb Cayford, Principal of IES Umeå, handles the recruitment of teachers from his native UK, as well as from Ireland.

As The Local reported last month, many of the newly graduated teachers who decide to come to work for IES in Sweden end up regretting their decision, complaining of low pay compared to Swedish colleagues, being asked to work more hours than they should, and being given extra responsibilities without extra pay.

But according to Brisson, these disgruntled teachers are in a minority.

“The danger in any organisation that has 3,300 employees, is that you’re going to find people that have had a bad experience,” he says.

“If you dig around, you’ll find hundreds and hundreds of teachers that love IES. Of course, you’ll always find a few that are negative, but the majority love it here.” 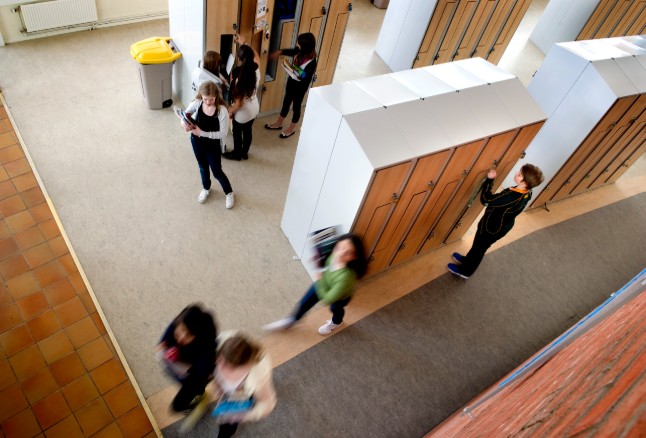 Pupils at IES’s school in Täby back in 2010. Photo: Pontus Lundahl/TT

Brisson claims that teachers at IES enjoy better conditions and more rapid career progression than they could hope for in Canada, at the same time as having a bit of an adventure.

“They want to experience something abroad, but most of them don’t want to experience the culture shock extreme of going to Asia or Africa, so then Europe becomes something that is very safe,” he says of the appeal. “In Sweden, everybody speaks English, so they can communicate, and it’s a country that runs well.”

In addition, he says, years spent teaching in Sweden count with school employers back in Canada in a way a posting in Africa might not.

“You don’t park your life, because you are a regular teacher, you can go back and they’ll recognise your years of experience, and the pension will follow you.”

Annie Rowland, a Canadian who runs after-school activities at IES Sundsvall and who has accompanied Brisson on recruitment trips, says that starting out as a teacher in Canada can be frustratingly slow.

“The teaching situation in Canada isn’t all that lucrative. You start off by being a vikarie (a substitute teacher or teacher on a short-term contract) for several years,” she says. “There’s a lot of bureaucracy… and then you end up with schools filled with crappy teachers who have put in their time.”

At IES, she has gained a lot of responsibility at just 27 years old.

“As a new teacher fresh out of teachers’ college, to come here and have full-time work is pretty cool. You don’t have that opportunity in Canada,” she explains. “The way we operate is that the good teachers are rewarded and are praised, and that creates a culture in the school where people want to work harder. I don’t think I’ll ever go back to a school in Canada.”

Read all The Local’s articles about IES and schools in Sweden:

The teachers The Local spoke to last month complained that IES teachers tended to leave quickly and get replaced by other new recruits, meaning students often had to deal with a succession of new teachers each year of their education.

But Brisson said that at his school at least teachers tended to stay for at least three or four years, with many staying for much longer.

IES Sundsvall has, however, a very good reputation within the chain. Some of the newer IES schools, based near the poorer suburbs of Swedish cities, or in smaller cities and towns which have a more challenging mix of students, have perhaps a more rapid turnover of teachers and bigger problems giving students a quality education.

Brisson says that the key to his school’s success is the length of time he and the rest of the leadership team have been in place, and also in the autonomy he is given by the chain’s management.

“I think it’s the leadership team: we’ve been here for 13 years working together,” he explains. “I think civility is important. We have very good routines. And we’ve built a culture that I think has functioned extremely well.”

As a principal, what he enjoys about working within IES is the high level of freedom he is given over how he runs his school.

“I’ve been given a clear description of what we should deliver, and then I’m given the liberty to be able to structure it in a way that delivers this, and that part for me is incredible,” he continues. “Our school has delivered for 13 years, so this autonomy comes from the fact that we’ve delivered.  At a municipal school, I think you have the same responsibility, but you don’t have the same autonomy.” 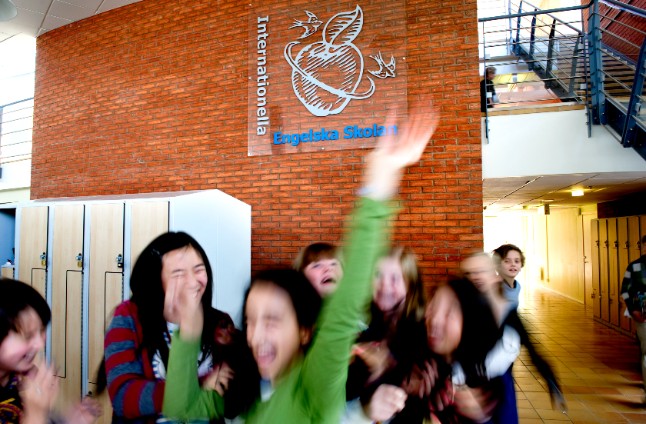 Pupils at IES’s school in Täby back in 2010. Photo: Pontus Lundahl/TT

The Local also spoke to Annakarin Johansson Sandman, the chain’s head of academics, and the former principal at IES Liljeholmen, to try to better understand how the chain uses the flexibility that comes with being a free school, schools that are funded by the government but operated independently.

She said that the chain tried to use the flexibility built into the Swedish curriculum to challenge students harder than what tends to be the norm at municipal schools.

“In the school law it states that all schools need to be able to challenge all students on all levels, so even if students can easily reach the knowledge requirements that they should reach, they need to be guided and stimulated to be able to learn more and develop further,” she explained.

“Part of our ethos is that we talk about high academic expectations,” she continued. “The research says that you have to be challenged in order to learn, you have to be a bit uncomfortable and feeling that you are wobbling a little bit.”

Normally, she claimed, this was done by differentiating the tasks given to students in the same classroom, using different textbooks for the more advanced students, or setting them different exercises. But in special circumstances, she said, extremely advanced students might be allowed to join classes of a higher year group.

IES schools also have a different approach to discipline and competition than is standard in Swedish municipally-run schools, she explained, with a more traditional structure of classroom management, and a greater use of competition as a motivating force.

“I do think there’s more, you know, recognition of hard work,” she said. “We reward ‘grit’. We talk a lot about grit and hard work and putting in the effort in we recognise when that hard work is put in.”

Some schools have instituted a Harry Potter-style house system, with different houses competing for points.

“It’s a fun competition that also helps your learning, so you have students from years 4, 5, 6, 7, 8 and 9 in the same house, which means you get to know students from another year group, and then you might, you know, compete with your house together during sports day, or maybe during a theme week, like a language week.”

As head of academics, Johansson Sandman is ultimately responsible for overseeing teachers’ grading. Several of the IES teachers who contacted The Local last month said that they had been pressured to change students’ grades and even had grades changed by management behind their back.

She stressed that the individual teachers should always have the final say over the grades their students were given.

“Academic managers are not empowered to change the grades because it’s a decision for the teacher,” she said.

“But of course, you can always have a discussion if you see that a student hasn’t been given enough opportunities and so on because the Swedish school law states that students must be given a lot of chances and support to reach the grade.”

The best thing, she said, would be to bring in a new grading system where national tests are graded anonymously by teachers at other schools.

“I do think that it would be great if there was external moderation and grade setting to make sure that an ‘A’ in Malmö is the same as an ‘A’ in Stockholm, and also whether it’s a free school or a municipality school.”

It would also help end the uncertainty over whether IES schools are actually delivering a better education. 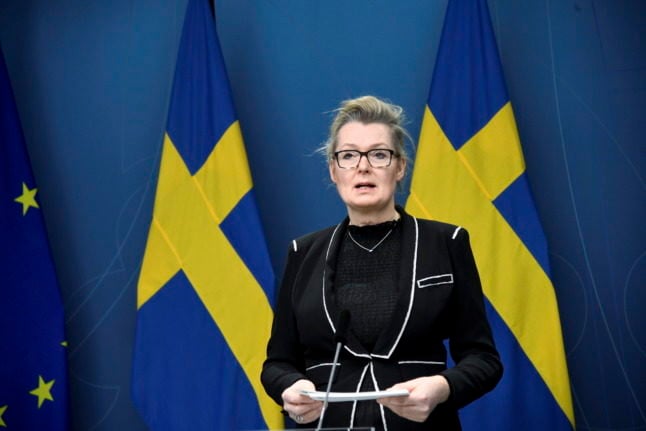