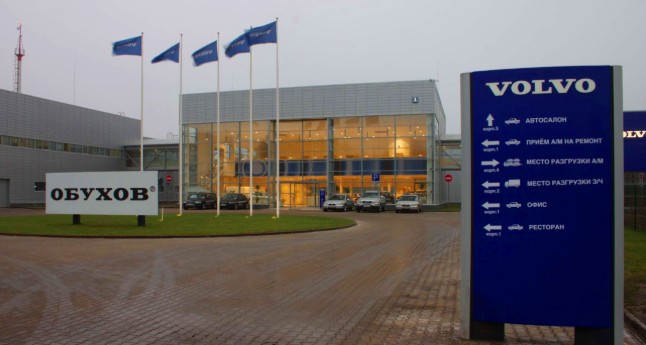 Obukhov Volvo City, one of the biggest Volvo dealers in Moscow, back in 2007. Photo: Volvo Cars

Spokesman Claes Eliasson said Volvo had told suppliers on Friday that it would no longer accept deliveries to the factory in Kaluga, some 150 kilometres (93 miles) southwest of Moscow.

“As a consequence the production line was stopped this morning,” Eliasson told AFP. “The reason is in part the sanctions that have come into effect and the general security situation in the region,” he added, saying production would remain halted “until further notice”.

Sales were stopped in Russia as well as in Ukraine due to the deteriorating security situation as Moscow’s invasion of its neighbour entered its fifth day.

Sales in Russia and Ukraine accounted for 3.5 percent of the truck maker’s revenue in 2021 and around 5,000 trucks are produced at the Kaluga plant a year, according to Eliasson.

EU countries have imposed a slew of sanctions against Russia following the invasion.

Over the weekend European Commission chief Ursula von der Leyen announced plans to cut some Russian banks out of the SWIFT interbank messaging network and ban all transactions with Russia’s central bank.