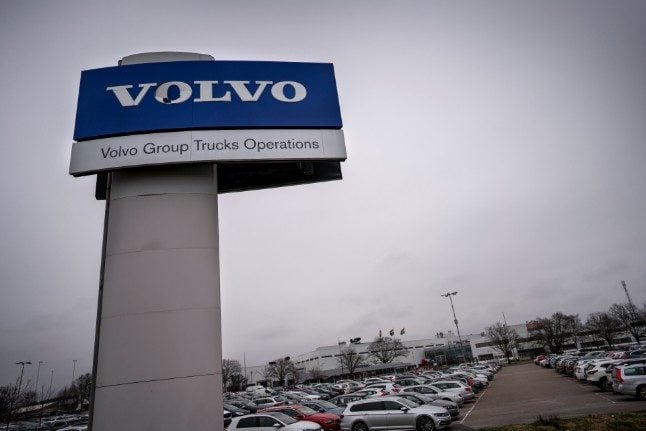 Volvo Trucks has suspended production of trucks at its factory in Russia. Photo: Björn Larsson Rosvall/TT

At a press conference on March 2nd held alongside the Association of Swedish Higher Education Institutions (SUHF) and the Swedish Research Council, Education Minister Anna Ekström called for Swedish universities and higher education institutions to break all contact and collaboration with state-run institutions in Russia and Belarus.

“We should not have research and education collaborations which support the Russian administration,” Ekström said. She did, however, underline that individual Russian researchers should not be equated with the Russian state.

“In many education and research collaborations, there are individual contacts between researchers in Sweden, Russia and Belarus. Many in Russia and Belarus openly criticise the Russian administration’s actions, putting their lives in danger. Therefore, it is important that Russian and Belarusian researchers are not automatically equated with state institutions,” she said.

According to a press release, the military materiel consists of Sweden’s anti-ship missile system Robot 17, which is a modified version of the US Hellfire missile system, as well as 5,000 anti-tank launchers and AG 90 assault rifles and ammunition.

In late February, Sweden broke its doctrine of not sending weapons to countries in active conflict for the first time since 1939, announcing 400 million kronor worth of military materiel and the donation of 500 million kronor to the Ukrainian central bank’s fund for its armed forces.

Sweden, along with neighbouring Finland, in May overturned decades of military non-alignment by submitting historic joint applications to join Nato, as support for membership soared in both countries after Russia’s invasion of Ukraine.