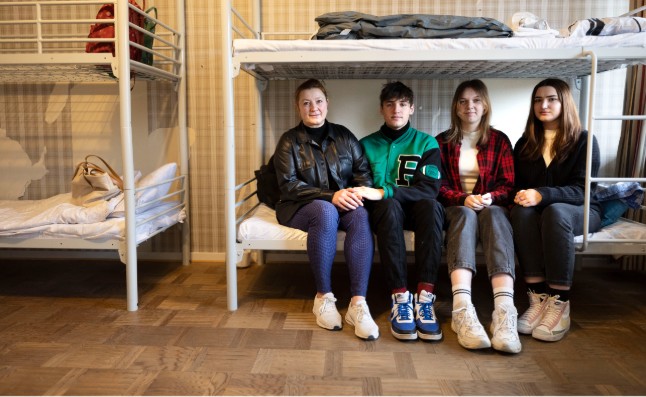 Ukrainian refugees in Malmö. Liudmila Mokhovyk (left) was visiting Sweden when Ukraine was invaded. Her son Oleg has travelled from Poland, while Viktoriia Hromiak and Olga Mokhovyk (right) have come to Sweden from Trenopil in Western Ukraine. Photo: Andreas Hillergren/TT

Sweden’s military intelligence service ‘rules out nothing, not even nuclear attack’

The head of Sweden’s military intelligence service, Must, has said that she and her agency view the current security situation as extremely uncertain, with no action by Russia completely ruled out, including a nuclear attack.

Asked whether Russia’s threat to use its nuclear arsenal should be taken seriously, Lena Hallin told the TT newswire she was not ruling anything out.

“We are not ruling anything out. The nuclear weapons arsenal is an important part of their [Russia’s] deterrence capability.”

“We must be ready for several different things. The war in Ukraine has not gone how we believe Putin predicted and we have now seen how it is being escalated,” she said. “What the final goal is, probably Putin only knows, but it probably concerns more than just Ukraine.”

She said there was an increased risk for “heavy-handed pressure tactics” against Sweden, which might be economic, political, or even military.

In the nine days since Russia attacked Ukraine, Sweden’s home guard has had as many applicants as it normally gets in two years, the Swedish Armed Forces have told the country’s TT newswire.

Between February 24th and March 3rd, 9,842 people have applied to join up. In recent years, the Home Guard has received on average around 5,000 applications a year.

Sweden’s defence minister, Peter Hultqvist, will be in Copenhagen on Friday to watch the Swedish corvette HMS Karlstad take part in a military exercise in the Baltic Sea by the UK-led Joint Expeditionary Force, which brings together Sweden and Denmark, with Finland, the three Baltic states, and The Netherlands.

Seven out of the eight member nations of the Arctic Council, of which Russia holds the rotating chairmanship, said
on Thursday they would not attend meetings following Moscow’s invasion of Ukraine. Sweden, Denmark, Finland, Iceland, Canada, Norway and the US said in a joint statement that their “representatives will not travel to Russia for meetings of the Arctic Council,” citing Moscow’s “flagrant violation” of the principles of “sovereignty and territorial integrity.”

“Additionally, our states are temporarily pausing participation in all meetings of the Council and its subsidiary bodies”.
They all condemned Russia’s “unprovoked invasion of Ukraine”. The council was set up as an intergovernmental body to deal with issues in the Arctic region.

Sweden said on Thursday it would summon Russian representatives to its foreign ministry over a Wednesday violation of its airspace by four Russian fighter jets.

“There are established procedures for these type of issues and those include summoning a representative of the violating nation to the foreign ministry,” Klara Hook, press communicator at the Ministry for Foreign Affairs, told AFP.

“These procedures will be applied in this case as well,” Hook added, declining to comment on whether the Russian ambassador had already been summoned or not.

While Russian incursions of the Nordic nation’s airspace have happened in the past, Wednesday’s event was treated with increased scrutiny given Russia’s invasion of Ukraine.

Ikea joins H&M and Spotify in suspending operations in Russia

Swedish furniture giant Ikea announced on Thursday it would suspend its activities in Russia and Belarus, affecting nearly 15,000 employees, 17 stores and three production sites, in response to the war in Ukraine.

The suspension mainly concerns Russia, where the Swedish group has been present since 2000 and is one of the largest Western employers.

Operations in Belarus would also be halted, though the country hosts only a few suppliers and has no shops, according to Ikea.

EU countries have agreed to grant Ukrainians fleeing the war immediate leave to stay in the Bloc without a visa for one year, which can be extended if necessary.

A special meeting of European interior ministers on Thursday agreed to apply a little-used measure known as the Temporary Protection Directive to any Ukrainians who want to come to an EU country.

Sweden’s Migration Agency has reported that 1,011 Ukrainian citizens have applied for asylum in Sweden over the last seven days, with 359 applying on a single day on Wednesday.

According to the UN’s refugee organisation UNHCR, four million Ukrainian refugees are expected to leave the country in the coming days. 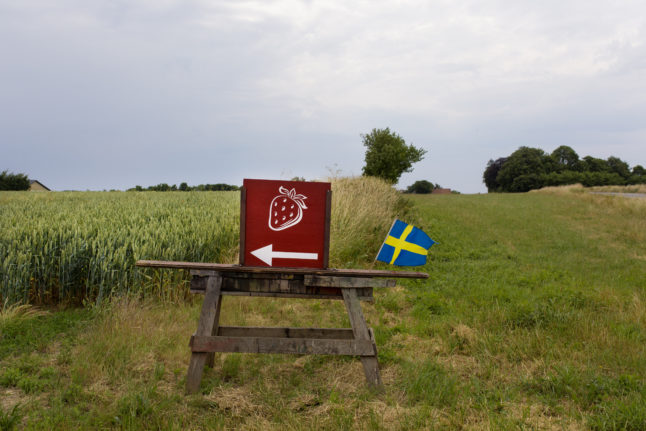 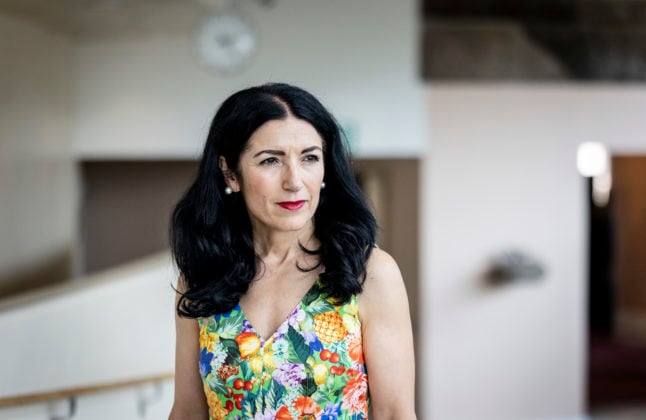