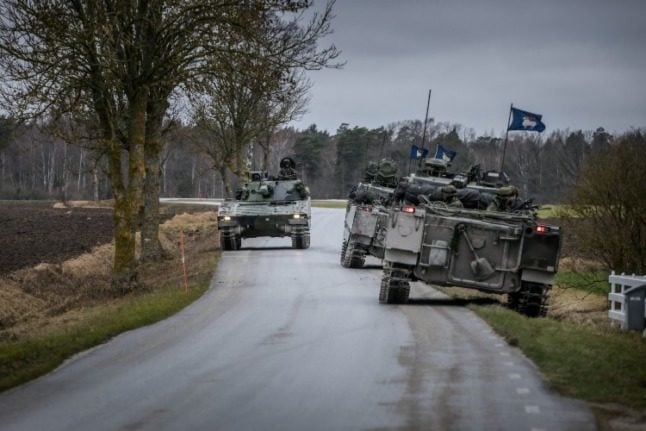 “You never know”: like many other Swedes on the island of Gotland, Emelie Cedeskog has stocked up on canned foods and checked where the nearest air raid shelter is.

In a country long marked by a “fear of Russians”, many of the island’s 60,000 residents have had concerns reignited by tensions between the West and Moscow.

A week after the invasion of Ukraine, four Russian fighter jets violated Swedish airspace on Wednesday over the Baltic Sea to the east of the
strategically located island.

Local authorities have responded by appealing for calm.

“We’ve had a lot of phone calls, people were worried, especially about where the air raid shelters are, where to go if something happens,” Rikard von Zweigbergk, head of preparedness for the regional authority, told AFP.

“There are many people who have bought a lot of canned food, though there is still some left, but the water containers and portable stoves are sold out,” he said.

To the most anxious, “we tell them: stay calm, keep your cool”, the official said.

“The risk is minimal, even if it is higher than it was before.”

For most Swedes, Gotland represents a popular holiday destination for Stockholmers with its small beaches and picturesque medieval town of Visby, with hordes of tourists descending on the otherwise sleepy island in the summer.

But it’s also less than 350 kilometres (217 miles) from the Russian enclave of Kaliningrad.

Military analysts consider Gotland an “unsinkable aircraft carrier” which could serve as a crucial base to control maritime and air traffic in and over the Baltic.

At the start of tensions with Russia over Ukraine in December, a Russian TV programme discussing a plan to invade Estonia, Latvia and Lithuania and capture Gotland spooked locals.

The island is a bellwether of tensions with Moscow.

As part of Sweden’s slashing of its defence after the end of the Cold War, the country decided to disband the garrison stationed on the island in 2004.

In 2015, a decision was made to re-establish a garrison when Sweden began reinvesting in its military in the wake of Russia’s annexation of Crimea, and in January 2018 the armoured regiment was officially opened.

In January, as tensions escalated between Russia and the West over Ukraine, reinforcements and armoured vehicles were sent to patrol the streets of Visby.

Goran Karlsson, commander of the Gotland regiment of the country’s voluntary Home Guard, told AFP that they’ve seen a flood of applications.

“The last two months it has increased by 300 percent, so we have about 60 applications we have to take care of. It’s a really good number,” Karlsson said.

“I think people want to defend especially this island. If you see Gotland, the location, what you see is it is in the centre. It could be important for the future,” he added.

Unlike its Baltic Sea neighbours Estonia, Latvia, Lithuania, Poland and Denmark, Sweden is not a member of NATO — though it has been a partner to the alliance for nearly 30 years.´

“I don’t know if Moscow would see this as a provocation. But it would be nice to have a NATO airbase here,” Pelle Torsson, 61, who has spent the last 20 years on the island, told AFP.

Like most people, he does not believe an attack is an immediate threat.

“But in three, four or five years, if (Russian President Vladimir) Putin is finished with Ukraine, what will he do next?”

Sweden has so far reaffirmed that joining the alliance is not on the table.

But it recently broke with tradition by exporting arms to Ukraine, the first time it has sent weapons to a country in active conflict since 1939,
when it sent weapons to neighbouring Finland when the Soviet Union attacked.

Russian incursions into Swedish airspace have happened in the past but analysts say Wednesday’s event was a clear warning.

“It’s a bit of a paradox because Russia doesn’t want us to join NATO, but it is behaving in a way pushing us to join,” said Samuel Lindgren, a
21-year-old Gotlander.

On Thursday evening, more than 2,000 people gathered in Visby by torchlight for a demonstration in support of Ukraine.

In the distance, the occasional roar of a joint Swedish-Finnish fighter exercise was distinctly audible.

“It’s been two centuries since the Russians last came to Gotland, in 1808,” said Julius Mehler, a 64-year-old former deacon.

“But I feel safer when I hear these planes from Sweden and Finland.”

“There is a range of possible Russian retaliatory actions which could be aimed at Sweden,” Lieutenant General Michael Claesson, the Swedish Armed Forces’ chief of operations, said. “[Some of the things] in the Russian toolbox include influence operations, discrediting important individuals, cyber-attacks, sabotage, and more.”

Claesson was speaking at the first of the Swedish Armed Forces’ new weekly press conferences on the security situation, which will be broadcast directly at 3pm every Thursday for so long as the Russian invasion is destabilising the region.

Claesson said that the unexpectedly united response from the EU and from Nato had led to a heightened tone in Russian rhetoric and an increased risk of concrete retaliatory actions.

But he also said that the judgement of the Swedish Armed Forces was that Russia’s invasion of Ukraine was not going to plan. “The Russian weaknesses and Ukrainian resistance provide hope,”  he said.

While the invasion had brought some new things to light, such as Russia’s effective control of Belarus and its perhaps closer than expected links to China, he said that the Armed Forces did not currently see any unexpected military activity in the immediate vicinity of Sweden.

Jan Kinnander, head of the Security Office at Sweden’s Military Intelligence Service (Must), said that the intelligence threat against Sweden remained unchanged at the level it has been at since 2016, the fourth-highest level on a five-level scale.

“This isn’t something we have increased now, rather we have seen that this threat has existed for a long time. We increased the level of threat in 2016, and we can see that it is still at that high level,” he said.

He said that he believed that the recent outage on the Civil Contingencies Agency may have been the rest DDOoS attack from a foreign power, although he said it may also have simply been a technical fault. 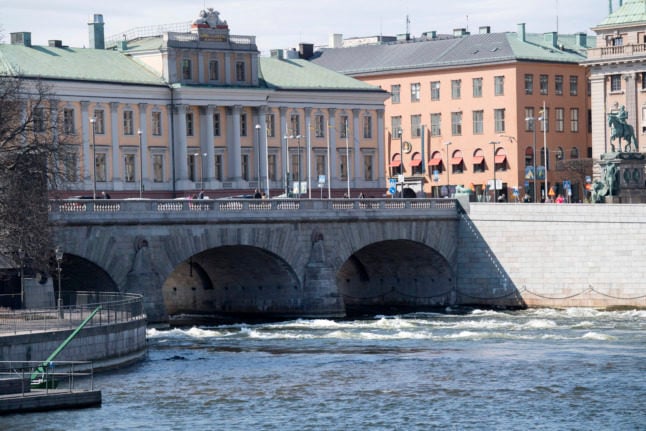