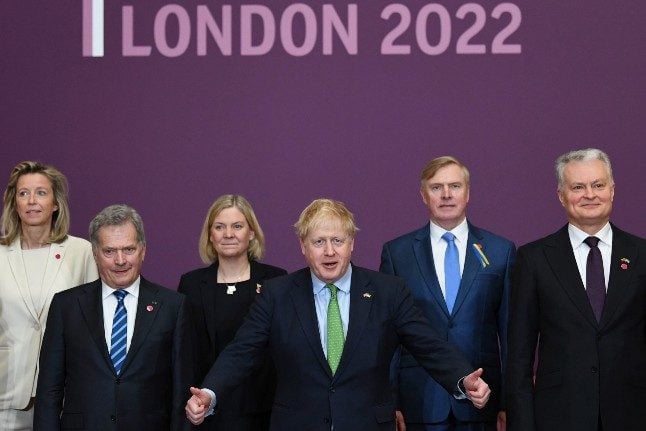 UK Prime Minister Boris Johnson poses for a photo with other leaders of countries in the JET defence grouping. Sweden’s Prime Minister is above his right shoulder. Photo: Justin Tallis/AP

Ahead of the meeting Andersson told the TT newswire that the countries had already decided to increase support given to Ukraine, and to further tighten sanctions on Russia, adding more figures from the Russian elite to the list of sanctioned people, and also stopping exports of luxury products to Russia.

She stressed that JEF was not an alternative to cooperation with the Nato security alliance.

“JEF is one way we cooperate,” she said. “Sweden is building its security on two tracks, one of which is giving a powerful boost to our military spending to strengthen our own defence capabilities.”

The other, she said, was building alliances, of which JEF was one. “That’s [an area] where we are going to see increased activity, given the current security situation.”

The UK-led expeditionary force groups together Sweden with the other Nordic countries (Denmark, Finland, Norway and Iceland), the Baltic countries (Estonia, Latvia, and Lithuania), and The Netherlands. It was formed in 2012, but Sweden did not join until 2017. Sweden and Finland are the only members of the group which are not also part of Nato.

She said that the discussions would range around what joint exercises the group could carry out in future, further sanctions on Russia, and increased support for Ukraine.

“We can’t only have sanctions, but also need to support the Ukrainian military,” Andersson said. “But it’s clear that sanctions are having an effect. The ruble is falling.

Ukraine’s president, Volodymyr Zelenskyy, will participate in the meeting through a video link. 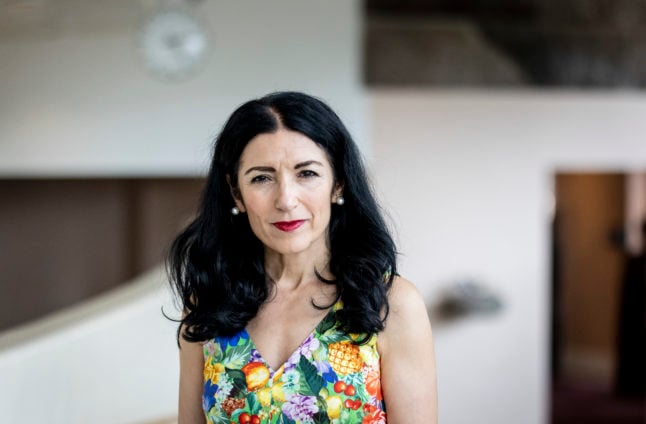