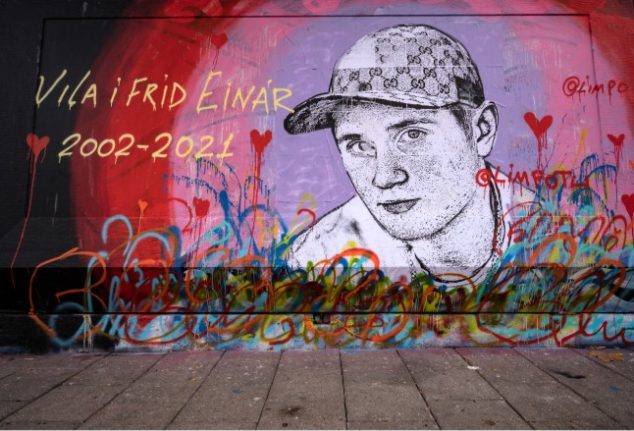 The rapper Yasin Mahamoud was jailed for ten months for aiding in a failed kidnap of the rapper Einár. Photo: Johan Nilsson/TT

Despite a high level of Omicron infection, excess mortality in Sweden this year has so far been no different from what you would expect from a mild flu epidemic, Sweden’s state statistics agency has declared.

So far around 2,100 deaths have been reported a week to the agency, up from the weekly norm of around 2,000 seen recent years.

“The difference from a normal year is actually pretty small, and is comparable with any normal influenza period,” said Tomas Johansson, a population statistician at Statistics Sweden.

At the peak of the pandemic in the first wave of infections in April 2020, excess mortality hit 32.8 percent.

The number of deaths now seems to be falling, with 300 fewer deaths reported in the seven days leading up to March 14th than in the previous seven-day period which ended February 28th.

The Swedish rapper Yasin Mahamoud has appealed to Sweden’s High Court to have his sentence for aiding and abetting a kidnap quashed, on the grounds that his ownership of an Encrochat telephone should not have been treated by the court as a preparation for the kidnap.

Mahamoud was jailed in February this year for ten months for aiding and abetting the kidnap of the rapper Nils “Einár” Grönberg in the spring of 2020.

Mahamoud was jailed for involvement in a failed kidnapping, which took place before a second attempt succeeded, during which humiliating photographs and videos were taken of Grönberg.

Sweden’s government on Thursday presented the final version of its reforms to the country’s first-in, first-out labour laws, clearing the new law’s way for a parliamentary vote, which it is expected to sail through.

The reforms, which were forced on the Social Democrats by the Centre and Liberal parties as part of the so-called January Agreement, in May 2020 threatened to topple the government, after the Left Party refused to accept the rules.

The new law gives businesses greater flexibility in who they choose to dismiss, while providing fired employees with more opportunities for further education which will help them get back into the workplace.

“Now we have the world’s best employment system in place,” said labour minister Eva Nordmark. “This is the biggest security and freedom reform in modern times.”

The chair of the regional government in Skåne has sharply criticised the planned new ID controls on those entering Sweden from Denmark, Germany, Poland, and Finland.

“This is not the way you handle a region of 4.4 million inhabitants,” he told state broadcaster SVT.

Henrik Fritzon, leader of the Social Democrats in the regional government was also critical.

“If we want to go back to normal Nordic borders, we need to learn to handle crisis in a better way than just slamming the borders shut,” he said.