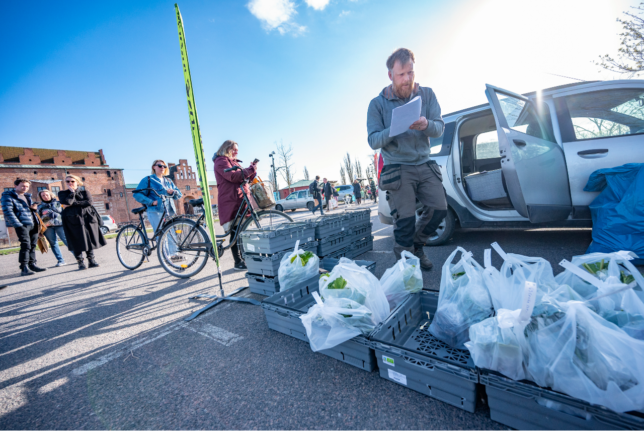 A farmer awaits his customers at a REKO-ring in Malmö. Photo: Johan Nilsson/TT

What labels are used for organic food?

The Swedish Society for Nature Conservation advises people to eat more organic food for a number of reasons: it boosts nature and wildlife; it’s better for the farmers; and it’s a great alternative for people who strive to be climate friendly. But knowing where to find great organic food in Sweden, and what labels to keep an eye out for, can be a bit of a hassle.

The Swedish Food Agency has the main responsibility for setting the rules on how products should be labelled in Sweden, although the Swedish Board of Agriculture is responsible for the labelling of fresh fruit and vegetables.

According to them, the two most common labels guaranteeing that a product is organic in Sweden is the EU’s organic label (a white leaf on a green background) and the KRAV label. All supermarkets and grocery shops selling fruits and vegetables should also say which country the products come from.

The most commonly used labels for fish in Sweden are the Marine Stewardship Council (MSC), KRAV, and the Aquaculture Stewardship Council (ASC). The MSC label is applied to wild fish or seafood from fisheries that have been certified to the MSC Fisheries Standard, which is a set of requirements for sustainable fishing.

Organic food is very common in supermarkets across Sweden, you can recognise organic products by the word ekologisk. Some supermarkets also have their own organic food brands, such as Ica’s “I love eco”, Coop’s “Änglamark” or Hemköp’s “Garant Eko”.

Can I get hold of organic food in other places than supermarkets?

One common way to get hold of locally produced organic food is through so-called “REKO rings” or REKO-ringar, which link producers of food directly to consumers, normally through Facebook groups.

After finding your local REKO ring, you can view the local farmers, see what they’re selling and place your order.

The producers usually have a certain meeting point and day where they meet up with their customers to deliver the products.

REKO rings usually sell a little bit of everything, and can be found across Sweden.

The first one was formed in 2016, and the movement has grown rapidly since then. In January 2021 there were around 220 active REKO rings with around 800,000 members in different Facebook groups.

Here is the Facebook page for a REKO-ring in Malmö, here is one in Gothenburg, one in Stockholm, and another in Stockholm. 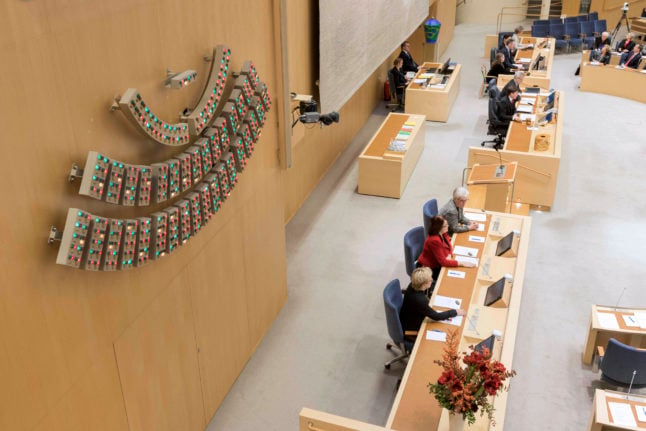 READER QUESTIONS
Reader Question: Is there a Swedish equivalent of writing to your senator or MP?
Url copied to clipboard!