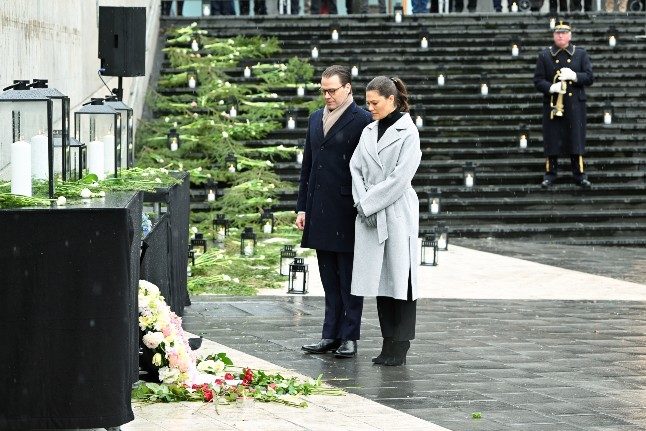 The ceremony was held on Sergels Torg, the central Stockholm square just a tens of metres from Ahlens department store, where the convicted terrorist Rakhmat Akilov ended the truck rampage that left five people dead and ten injured.

Sweden’s Prime Minister Magdalena Andersson, went out to the podium to pay her respects to the five victims, each represetned by a burning candle.

“Today, we are here to think of the victims and their loved ones, who are og course going to have to bear this for the rest of their lives,” Andersson said. “I remember all of the love which was shown in Stockholm and across Sweden after this event, and I believe many people also carry that with them.” 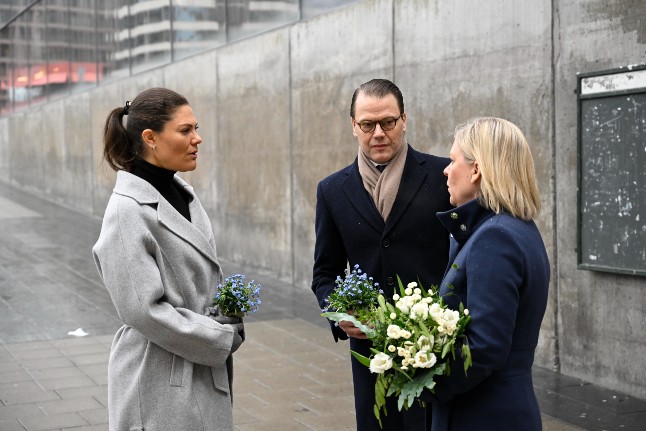 Andersson and the royal couple then met relatives of the deceased.