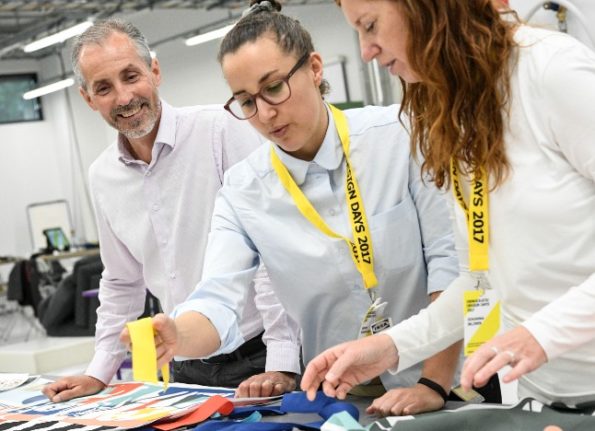 The Kansas restaurant workers had discovered that a senior manager wanted to force them to accept lower wages. In Sweden, management wanted to raise wages in a department that needed to attract staff.

These two disputes tell us something about the two countries – can you imagine the locations being reversed? There is something different about how Sweden runs its economy.

The central role of the Swedish trade unions in determining wages and regulating workplace relations is a big part of the explanation. It is much more difficult for companies to cut, or raise, wages or sack staff.

To an extent, Swedish business has made a virtue out of necessity, recognising that it often makes financial sense to treat people differently to how they do it at Applebee’s. This is especially relevant for a high-tech economy where workers are educated and highly skilled.

Much ink has been spilled trying to work out if there is a particular Swedish leadership style. This research suggests that distinguishing characteristics of Swedish management include a preference for teamwork and cooperation, a non-hierarchical approach, emphasis on consensus and conflict-avoidance, encouragement of autonomy and delegation of authority. A collection of interviews with Swedish managers concluded: “A flat corporate structure is a logical and cost-efficient way to operate, innovate and recruit.”

When I was doing interviews for — product placement alert! — my book about how Sweden works, I found plenty of managers prepared to vouch for a flatter, less hierarchical management style, in which employees question the boss and take initiative themselves.

A hierarchical, top-down structure is effective in an army, where one person tells 1,000 people what to do, said Henrik Eskilsson, founder of Tobii, a Swedish company making vision technology. But in a modern economy, the best system is one that enables 1,000 people to collaborate effectively without one person telling the other 999 what to do.

“You need 1,000 people doing the creative thinking, coming up with innovative ideas,” Eskilsson said. “The Swedish culture is well adapted to that, to dare to take decisions and make stuff happen.”

Eskilsson complained that in the US, employees expected to obey him. They found the Swedish leadership style confusing – because nobody was screaming at them, they felt they could relax and take it easy.

The Swedish way of working is perfect for complex software development teams, according to Stina Ehrensvärd, CEO and founder of Yubico, which makes IT security technology. “Sweden has the flattest organisations in the world, it’s okay to question your boss,” she said. “I am constantly telling my team they know more than me in their expert areas.”

Clara Colomes left Spain five years ago to work in HR for a Swedish company in Gothenburg. Spain is much more hierarchical, she says: if the manager said you had to do something, then you did it. “Here is it more based on trust, the leadership trusts the employees to do their job. In Sweden you don’t have to ask for permission. It is a more open leadership style, the way of working is more collaborative,” Clara says.

American Ginny Figlar spent five years at IKEA as a copywriter. She said colleagues felt more like family than co-workers, there was no hierarchy. “I’ve often reflected on my time working there and wondered if what I experienced was because I was living in Sweden or working at IKEA,” she said. “The line always seemed blurred to me. Was it the Swedish culture or the IKEA culture?”

Nobody is saying that corporate hierarchies don’t exist in Sweden. The hierarchy is there, it is just not so in-your-face. It’s capitalism, but with rounder edges.

For Ronnie Leten, the Belgian chairman of the board at Ericsson, this is “the modern way of working”. In the companies he leads, everyone has degrees and reads newspapers, so you can’t pretend you know better than them. “This means you have to work in participation – employees want to be part of it and understand why, and when they understand then they work together with you,” he told me.

Sweden’s way of working has emerged for all sorts of historical reasons – nobody sat down and planned it this way. But as education levels rise and more organisations seek to make use of their employees’ intellectual capital, steep hierarchies at the workplace are losing their appeal in many countries.

Management methods have emerged from Sweden’s unusual workplace environment that may be well suited to modern, complex organisations in which skilled workers produce innovative and sophisticated products and services. In this respect, Sweden has something the rest of the world can learn from.